A woman in Nebraska wrote her late husband's obituary in hopes to capture his legacy -- and it has since gone viral on social media. 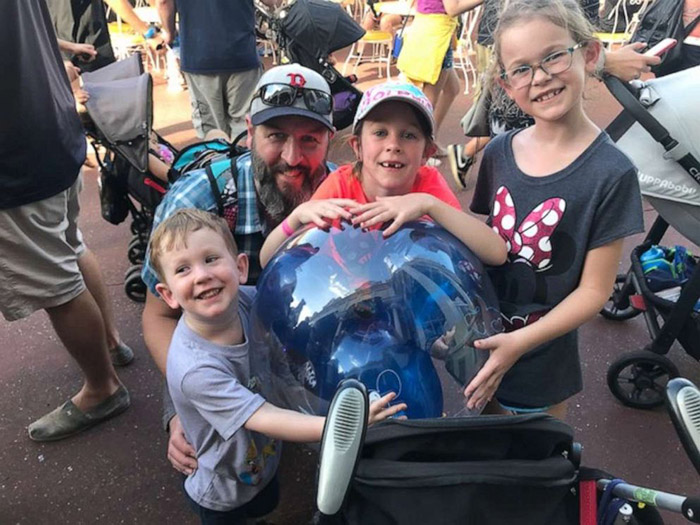 Crystal Sauser said that after husband Eric's death, she went to the mortuary to view obituary templates, but none of them were her or Eric's style, and it wouldn't have captured who he was as a person.

So, she wrote it herself:

"Eric A. Sauser, AKA Super Dad, AKA Easy, just a rockin' dude ... passed away peacefully in his sleep on Friday, February 26, 2021, at the age of 43 with his wife by his side," it read. "His departure was just in time for him to make his spiritual appearance at every Red Sox spring game. Eric is survived by his wife, Crystal, and three children, Amelia, Violet and Benjamin, all of whom will likely sleep in the same bed for many years to come (sorry, Eric).

Eric loved, in this order, his smoking hot wife, his brilliant kids and family, his many friends, the Boston Red Sox, the Kansas City Chiefs (before being a Chiefs fan was cool), the Huskers, Liverpool Futbol, QT iced tea, Adidas sneakers, fishing, backpacking, hiking, hunting, and any old Chevy he saw on the road.

We are not positive, but we think the cause of death was either leukemia or more likely being 'dead sexy.' Eric, we've always loved you and miss you already."

Crystal told Omaha World Herald even though she thinks her husband "is grinning right now from ear to ear," she said, "he's red in the face because he would never want a call to attention like he's getting right now."

After the service, Crystal wrote, the family requests jamming out to Ozzy Osbourne "and raising a cold beer (preferably Busch Light) in celebration of Eric's life. In lieu of flowers, please pray that the Huskers have a winning season, or send a donation to the Leukemia and Lymphoma Society in Eric's name. He would appreciate either or both."