This man is a legend for going this far.

A soccer fan in Turkey received a one-year ban from his team's stadium, so he went ahead and rented a crane to watch his favorite team play. 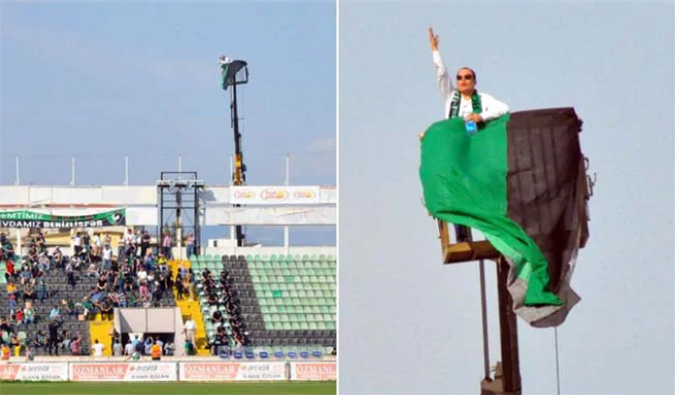 When he realized he wouldn't be able to watch his team play an important match, Ali had to get creative.

"That match was very important for our team. I had to go to the police station to sign a paper to show that I am not watching the match in the stadium. Then I quickly went to rent the crane," he told EuroNews.

According to him, the stunt only cost him $50 (354 liras). And from his vantage point, he was sitting pretty.

Eventually, his VIP viewing party had to, like all great things, come to an end.

Police arrived and lowered the crane.