Man, 43, Dresses Up As Buddy The Elf To Meet His Biological Dad For The First Time

A man in Maine met his biological dad for the first time at 43 years old -- and decided to recreate the scene from Elf. 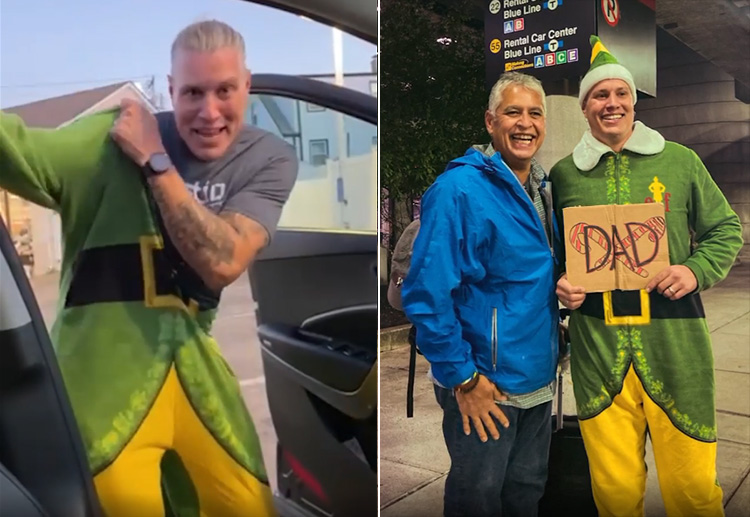 In Elf, Buddy (Will Ferrell) meets his biological father (James Caan), who doesn't know about him, and sings a song to him when they see each other the first time.

In March, Doug Henning discovered who his biological father was on Ancestry.com. His father did not know he had a son.

The two connected and have communicated electronically for the past 8 months. They had not met in person until last week.

"So, it finally happened. Since we started this journey with Doug's first Father's Day card to his biological dad being one that said 'congratulations, it's a boy!', we figured we'd keep the humor going. It's been such an amazing journey for these two men, one who never knew of the other, and one who never knew how much meeting his biological father would teach him about himself," Rebecca Henning wrote on Instagram.

Doug dressed up and jumped up and down when he met his dad at a Logan Airport in Boston saying, "I am going to meet my dad that didn't even know I was born!"