In 1992, George Bush Sr. had an English Springer Spaniel in the White House. 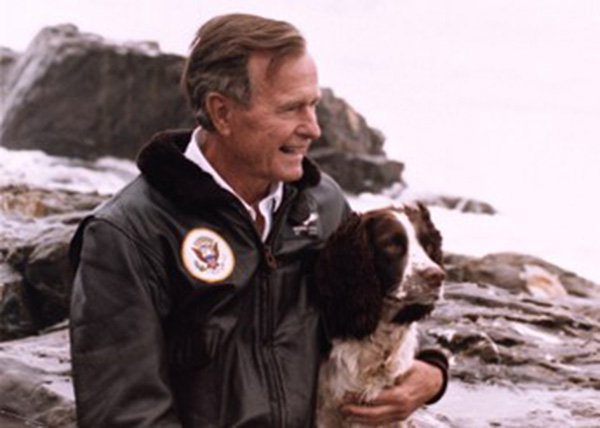 But Ranger was such a friendly pup that many of the White House staff couldn't resist giving him treats.

Ranger ended up gaining too much weight, so Bush Sr. had to send out this hilarious memo, instructing staff to refrain from feeding his dog.

"Ranger made so many friends that we suddenly noticed that he was growing by leaps and bounds," Barbara Bush explained. "Out, not up — and George had to send out a memo requesting people not feed Ranger." 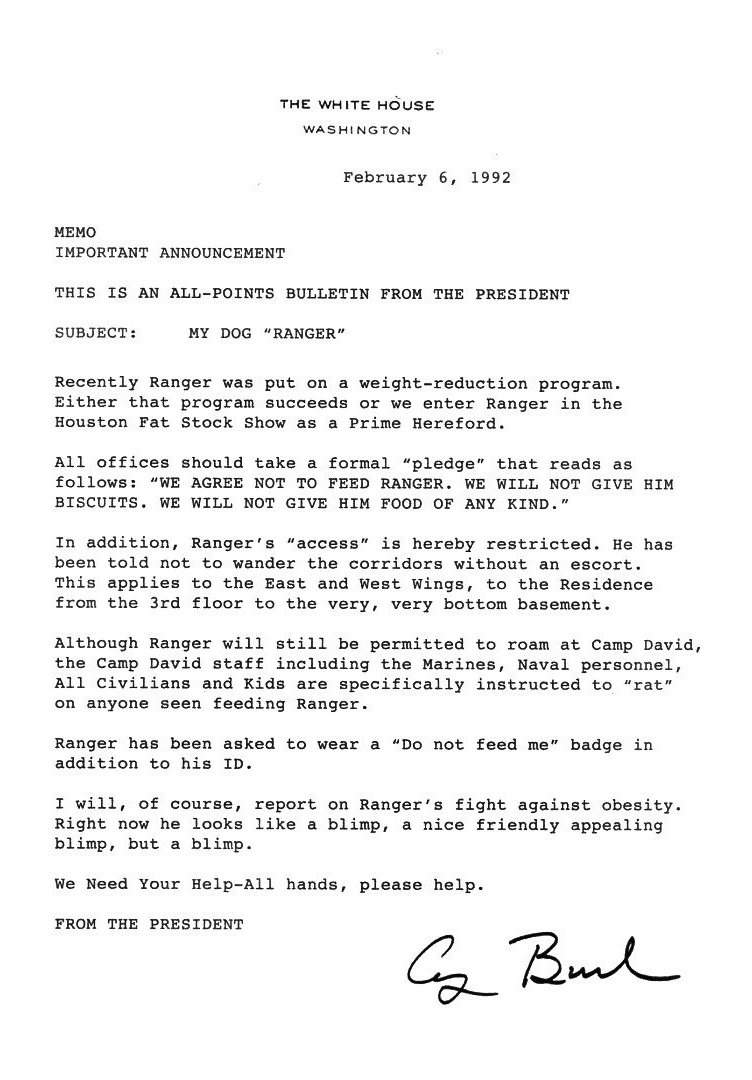 This is an all-points bulletin from the President

Recently Ranger was put on a weight-reduction program. Either that program succeeds or we enter Ranger in the Houston Fat Stock Show as Prime Hereford.

In addition, Ranger's 'access' is hereby restricted. He has been told not to wander the corridors without an escort. This applies to the East and West Wings, to the Residence from the 3rd floor to the very, very bottom basement.

Although Ranger will still be permitted to roam at Camp David, the Camp David staff including the Marines, Naval personnel, All Civilians and Kids are specifically instructed to “rat” on anyone seen feeding Ranger.

Ranger has been asked to wear a 'Do not feed me' badge in addition to his ID.

I will, of course, report on Ranger's fight against obesity. Right now, he looks like a blimp, a nice friendly appealing blimp, but a blimp.

We Need Your Help — All hands, please help.