Fisherman Catches Unicorn Lobster Off The Coast Of Maine

A Canadian fisherman caught this beautiful unicorn-colored lobster off the coast of Maine. 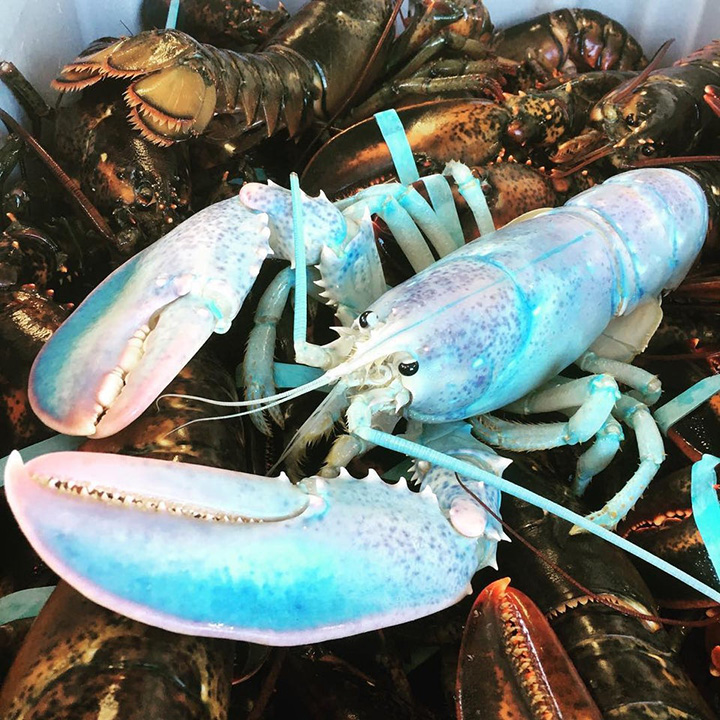 Robinson Russell told the CBC he has been lobster fishing for over 20 years. He's seen blue lobsters and yellow lobsters but never one quite like this.

"We were just pulling traps when some guy was like, 'Whoa, look at this,'" Russell said. "We all stopped what we were doing for a minute to check it out."

Russell said white lobsters, which lack pigments in their shells, are the rarest you can find. According to the Lobster Institute at the University of Maine, the chances of finding an albino lobster are one in 100 million.

But the lobster Russell found is almost translucent, with hints of blue.

Lobster coloration usually comes from a high concentration of astaxanthin in their diet. Much like flamingos, a lobster's coloration changes based on what they eat. But in the wild, it's rare for a lobster to achieve such a color.

The colorful crustacean is now living out the rest of his days at the Huntsman Marine Science Centre Aquarium.