Someone on Reddit asked the question "Dog owners of Reddit: Would you cut of 5 years of your own life and give these to your dog? If so, why?" 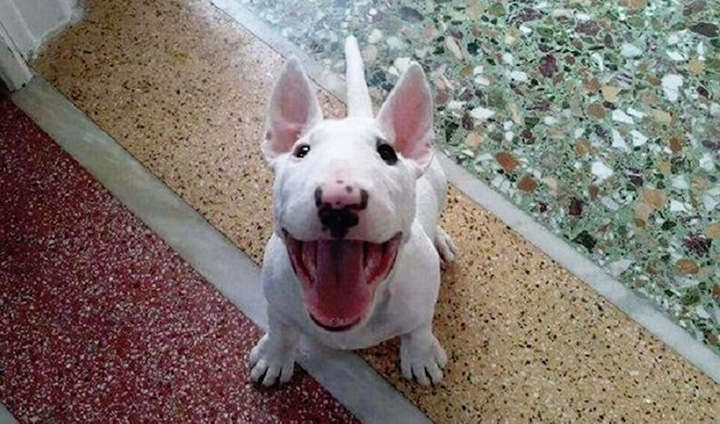 Photo: English bull terrier (not the actual dog from story)

This was hands down the best response, and another reason why we don't deserve dogs.

"My family and I were on vacation at a cabin in Maine. Got caught walking up from the lake by a bear after dark. Couldn't tell it was a bear until it stood up and the motion light turned on. It was standing over 6 foot tall between us and the cabin. It fell forward onto it's front feet, huffing. It made a noise like a dinosaur. Who sh*t my pants??

Without a sound, my lazy sh*t dog launched an attack from behind the bear.

I'm tearing up thinking about it. I ran the kids into the cabin, grabbed the rifle and spent the next five minutes running through dark woods, trying to follow the sounds of my growling dog and a furious bear. The growling stopped and I could hear the bear running off through the woods.

My dogs name is Daisy. She's an English bull terrier. She was 15 years old at the time. It took two hours to find Daisy after the bear ran off. She had what looked like road rash along her sides, her hip was broken and her leg was crushed. She was curled next to a tree with her tail thumping the ground. Her white fur all shades of red and pink.

This dog is afraid of the Swiffer. I love her so much.