After an article was written for Newsweek that criticized Jake Lloyd's performance in Star Wars: Episode I, director Ron Howard sent the journalist a letter.

Lloyd, who was just 9 years old at the time, played young Anakin Sywalker in the film. 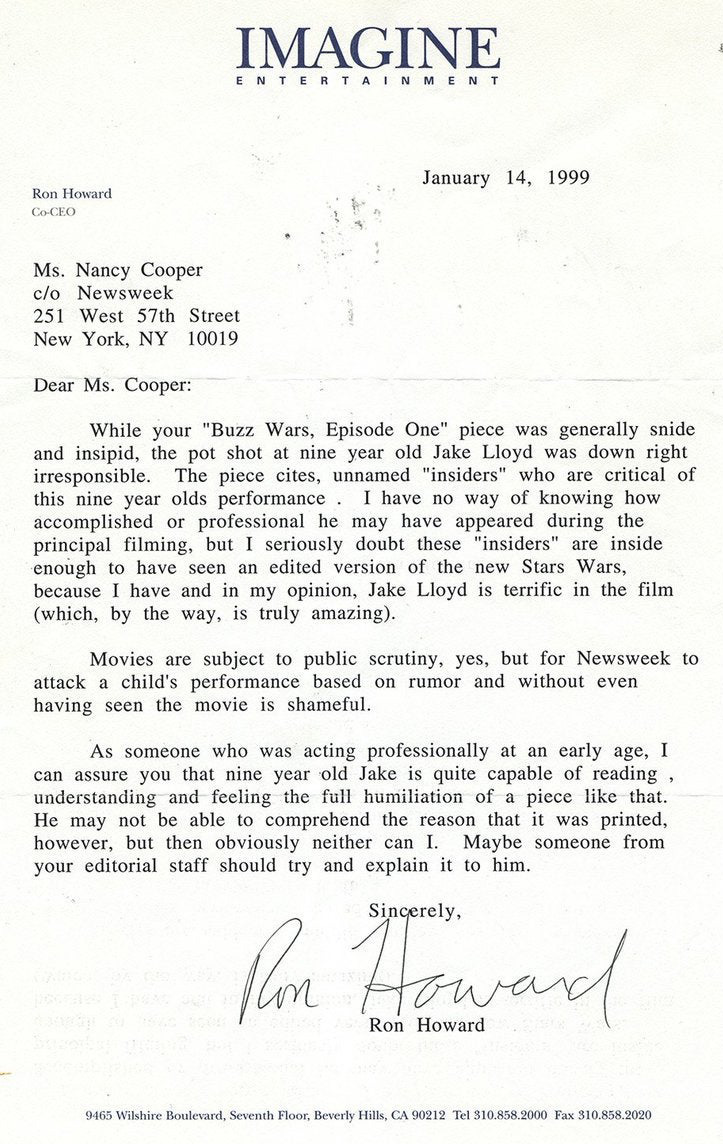