A Polish medical doctor saved thousands of people during World War II by creating a fake epidemic which played on German phobias about hygiene. 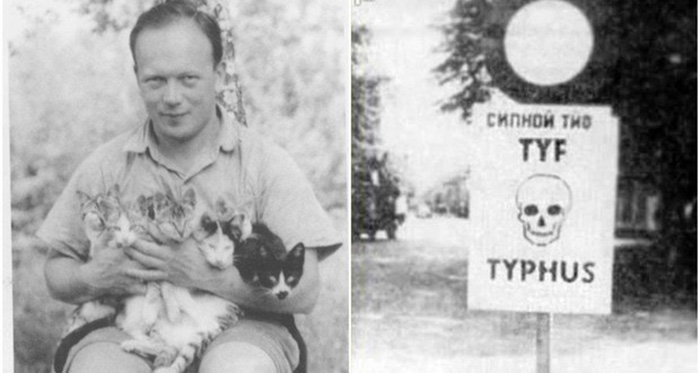 Eugene Lazowski received his medical degree before the war started. After Germany invaded Poland in 1939, he became a military doctor with the Polish resistance. He was imprisoned in a German POW camp for his anti-Nazi activities.

After his release in 1942, Eugene moved to a small town, Rozwadow, with his wife and young daughter. There he reunited with a friend from medical school, Stanislaw Matulewicz.

Stanislaw made a medical discovery that seemed minor but proved monumental. He found that healthy people could be injected with a typhoid vaccine that would make them test positive for the deadly disease without actually contracting it.

Eugene hatched a brilliant plan. He knew that Germans tended to be germaphobes and were terrified of typhus, a contagious bacterial disease. When a Polish town was found to be infected with typhus, the German occupiers would quarantine the entire area. Eugene also knew that by implementing his plan, he risked the death penalty, which applied to Poles who helped Jews.

Undeterred by the risk, Eugene injected thousands of people with typhus and sent blood samples to the Germans to report the "epidemic." He made sure to inject non-Jews as well as Jews, so the Nazis wouldn't just come in and massacre all the Jews in town. Because it appeared to be a widespread epidemic, the Nazis stayed clear of Rozwadow.

By late 1943, the Gestapo was suspicious. The entire town was supposedly infested with typhus, yet nobody was dying. Eugene learned a German medical team was being sent to the quarantined area.

He frantically approached the oldest and sickest-looking people in town and asked them to wait in a squalid shack. When the visitors arrived, the villagers welcomed them with a party - featuring large quantities of vodka. After the celebration, the German doctors were taken to the "patients." Eugene said, "I told them to be my guest and examine the patients, but to be careful because the Polish are dirty and full of lice, which transfer typhus."

The doctors quickly took blood samples without conducting full examinations of the patients. When the samples tested positive for typhus, the German health authorities were satisfied the epidemic was still raging. They never came back.

After the war, Eugene didn't tell anybody of his heroic acts, not even his wife. It wasn't until a documentary was produced in 2000 about the fake epidemic that Eugene received the accolades he deserved. 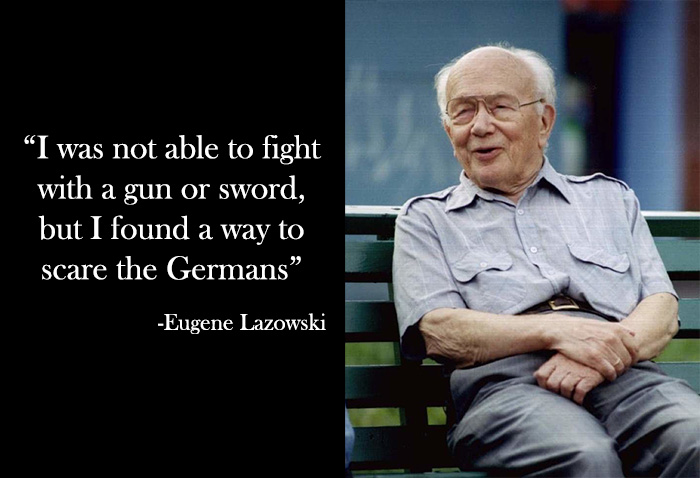