This Brave Kid Saved A Woman From Being Kidnapped

Police in Northern Ireland awarded a young boy for his heroic actions after he stopped an 18-year-old girl from being kidnapped. 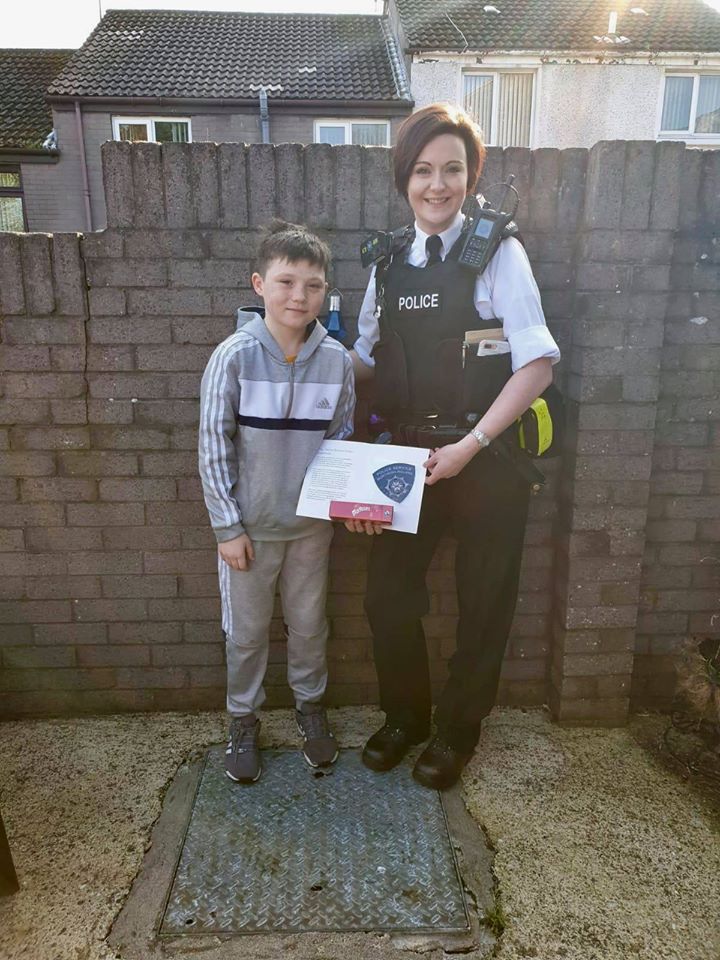 Tiernan McCready was awarded with a Police Service of Northern Ireland Badge of Honour by The Bogside, Brandywell, and The Fountain Neighbourhood Team.

"Folks, this is Tiernan McCready. This is what a hero looks like.

Last week in the Bogside he saw three males grab an 18 year old girl and try to get her in their van.

Most ADULTS would be paralysed in shock, confusion or fear and fail to act till it was too late. Tiernan reacted instantly and shouted at the males and led the girl away to safety. He then told his mum who rang Police.

Let that sink in.

The Bogside, Brandywell, and The Fountain Neighbourhood Team presented Tiernan with a PSNI Badge of Honour (and some Malteasers). But this doesn't go anywhere near to paying off the debt our community owes this boy. Our youngsters often get a bad rep but remember the vast majority are brave and big hearted just like Tiernan."