Dog Refuses To Look At Owner After Vet Visit

Almost every day Bret Mortimer, drives her dog Fritz to a local park near her home in Salt Lake City. So, when it was vet appointment day, Fritz thought he was going to the park to play with friends.

Well, Fritz must have felt betrayed when he found out he was at the vet for a dental visit.

When Bret picked him up, her beloved pal gave her the cold shoulder. He refused to even look at her.

Fritz being mad bc I took him to the dentist: a thread pic.twitter.com/3FGtx265CI

Fritz is a 2-year-old lab mix that Bret adopted when he was still a puppy.

"I named him Fritz because the lady who helped me adopt him had been calling him Fritz because he looked like her grandpa's dog who passed away. She started crying when she was telling me that and I felt bad so I promised I would keep his name Fritz," Bret said.

And since he's been getting so much attention, she started an Instagram page for him to show off his hilarious personality.

"Another good Fritz moment that happens every time I get my suitcase out to pack for a trip."

Bret says Fritz has since forgiven her for taking him to his dental appointment. 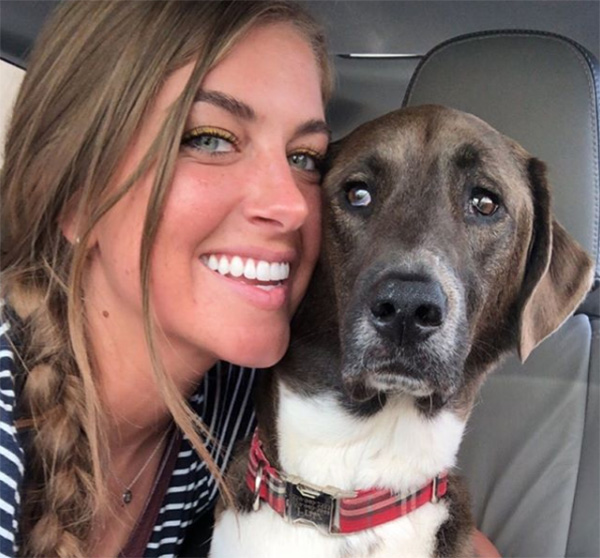