Police Say It's The Best Senior Prank They've Ever Seen

Even the police are saying this is one of the best senior pranks they have ever seen. 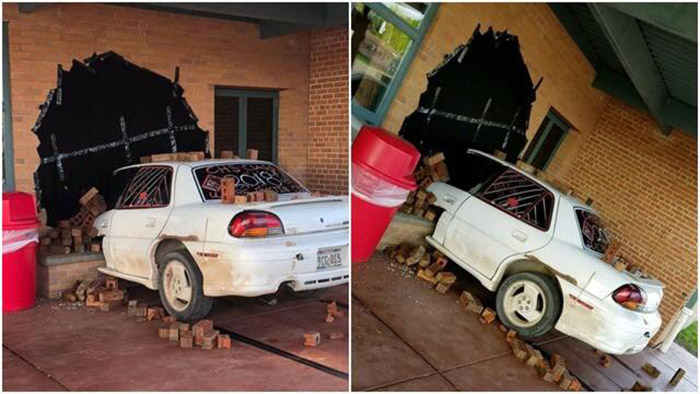 On Monday, the Cumberland Wisconsin Police Department shared photos of the prank Cumberland High School's class of 2018 pulled on students and faculty.

A group of students positioned an old junker strewn with loose bricks in front of what appeared to be a gaping black hole in the side of the school, just outside the principal's office.

It wasn't actually a hole, though. Using tape and a black tarp, the students created the illusion of damage, making it look like the car crashed into the side of the building. 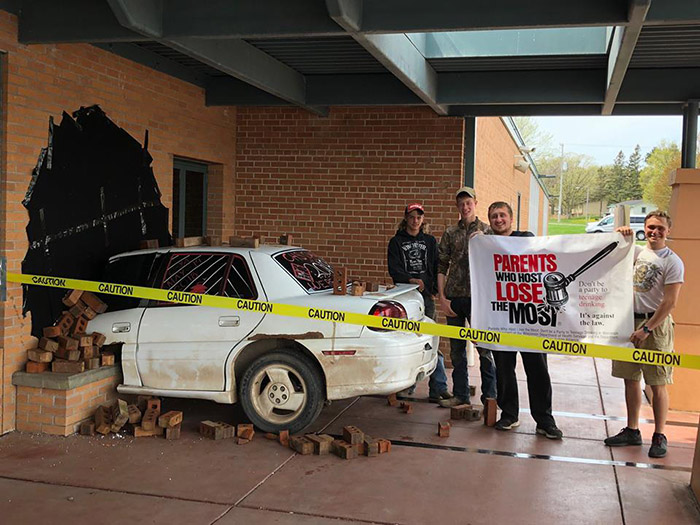 So how did the kids pull it off?

The students moved the car into place around midnight so no one would see. The entire setup took just eight minutes to do, with students even covering up the security cameras at first to hide their identities.

"It was called in as a crash by a subject that works across from the school," authorities wrote. "When the officer arrived, he realized it was the prank and laughed at the kids."

The best part? This prank included absolutely no damage at all to school property.