Switch your gender, and you can save 15% or more on car insurance. That is exactly what a Canadian man did to save 25% on auto insurance. 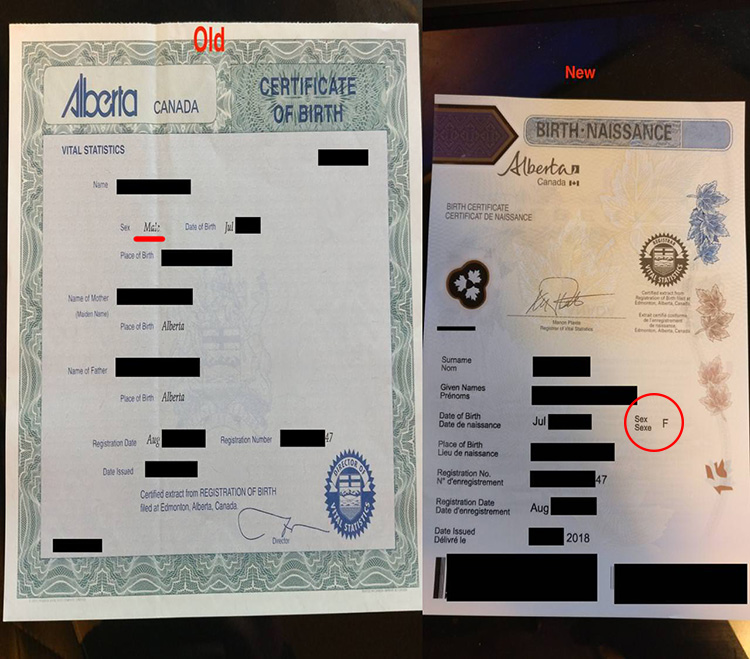 "That's right, I changed my gender for cheaper auto-insurance.

Before I get into this, don't try to distinguish the words 'gender' and 'sex.' Having gone through this process, it seems they are the same thing, at least, to the Government of Alberta.

I saved more like 25%. I'm in my early twenty's, I live in Alberta, Canada; I just bought a new car. When financing a new vehicle, it's required that you must have full insurance coverage on it (includes collision insurance). So I get a quote from my insurance company. I've had a minor collision, and a couple speeding tickets. How much for my auto insurance?: $4517. I was disappointed to say the least and this was after we did everything to bring the premium down. So I ask “Out of curiosity, how much would my premium be if I was a woman?” The broker comes back with a quote of $3423. Holy f***.

The broker says, 'Oh it's not just us who discriminate, it's all insurance companies.' I said, 'yeah I know, that's actually worse.' The broker explains to me that it is illegal to discriminate on the basis of gender when it comes to basic auto-insurance. When it comes to collision, however, it's still legal to discriminate against genders on the basis of contrast in driving-statistics. So I began asking more questions and digging deeper into what would happen to my auto-policy if I did change my gender. The broker assured me they would re-adjust my auto-policy on the day my gender changed. Right then and there I was determined to change my gender.

To change my gender on my auto-policy I needed to change my gender on my Driver's License. To change my gender on my driver's license I first needed to amend it on my birth certificate. So I called the Government of Alberta and they said they'd send me the forms to get the process started. After that she said they will send me another batch of forms which included a requirement being a physician must write a letter saying that I am a woman. I thought I was stopped right there. I don't want surgery! I thought gender was a state of mind in Canada and Alberta now. I was let down, but thankfully I was mistaken. Gender is a state of mind in Canada and therefore Alberta. I approached this sub in a post telling you guys how my shortly lived endeavor came to an abrupt end. I thought having to see a physician implied I had to have surgery. Silly me. The folks over at r/Mensrights directed me to a video of Lauren Southern (also Canadian) doing the exact same thing. r/Mensrights sub further convinced me that doctors are obligated to write me the letter I want. It's dumb: they are medical doctors, not psychologists. As the form stated, I was allowed to change my sex if my gender didn't match my body. Doesn't make much sense. But whatever. I followed the requirements: one being the doctor's letter, and two getting an affidavit notarized. The whole process was easy. Overall, it costed me ~$100 to change my gender.

I am now a woman. I wasn't one last year. As you could see, I received my new birth certificate that states I am officially a woman. After I changed my gender on my driver's license (and also my Alberta Health care coincidentally) I called up my insurance company and they adjusted my rate. I now pay $1100 less for auto-insurance. I won. The end."