'Nobody Deserves To Be Hurt, Especially Not For An Idea': Powerful Photos Of Black Woman Protecting KKK Member

During a protest in Ann Arbor in 1996, an 18-year-old black woman threw herself in harms way to protect an alleged KKK member from an angry mob.

Her name is Keshia Thomas. 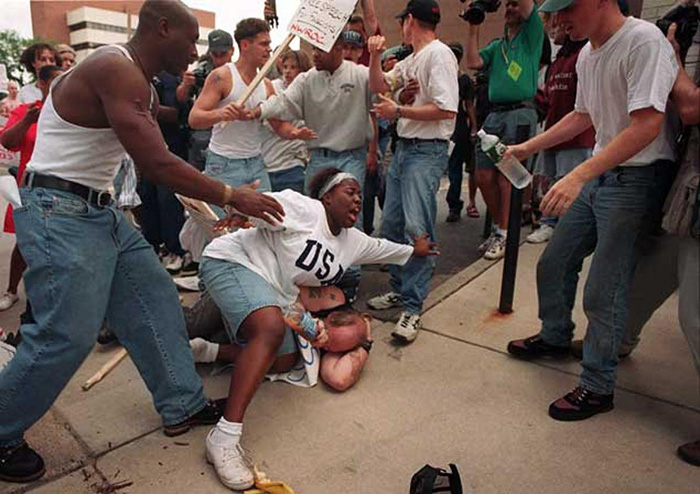 It all started when someone in the crowd noticed a white man with a Confederate flag T-shirt and announced on a mega phone, "There's a Klansman in the crowd!"

As the man tried to get away, Thomas was among the crowd that gave chase.

The man eventually fell down as protesters began to strike him. As the blows continued, a horrified Thomas threw herself on top of the man to shield him. 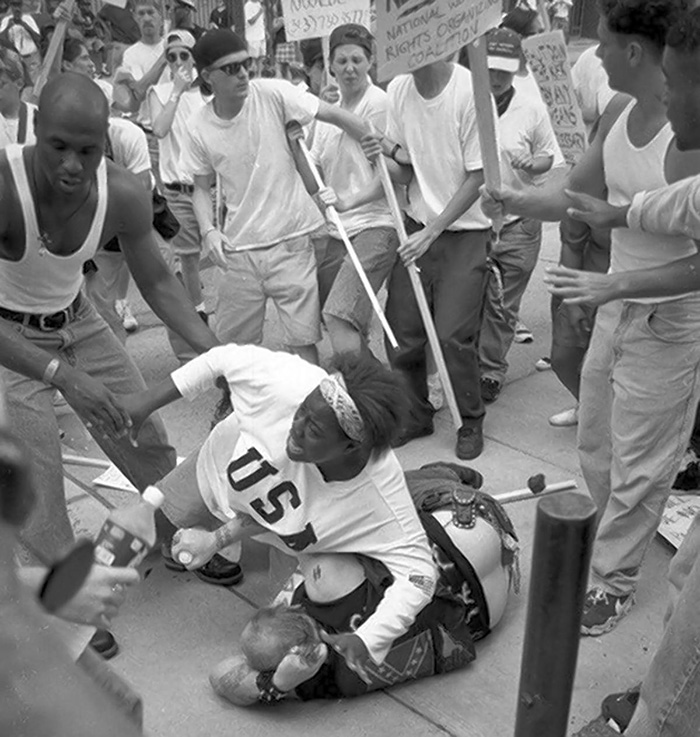 "When people are in a crowd they are more likely to do things they would never do as an individual. Someone had to step out of the pack and say, 'This isn't right,' " Thomas told The BBC. 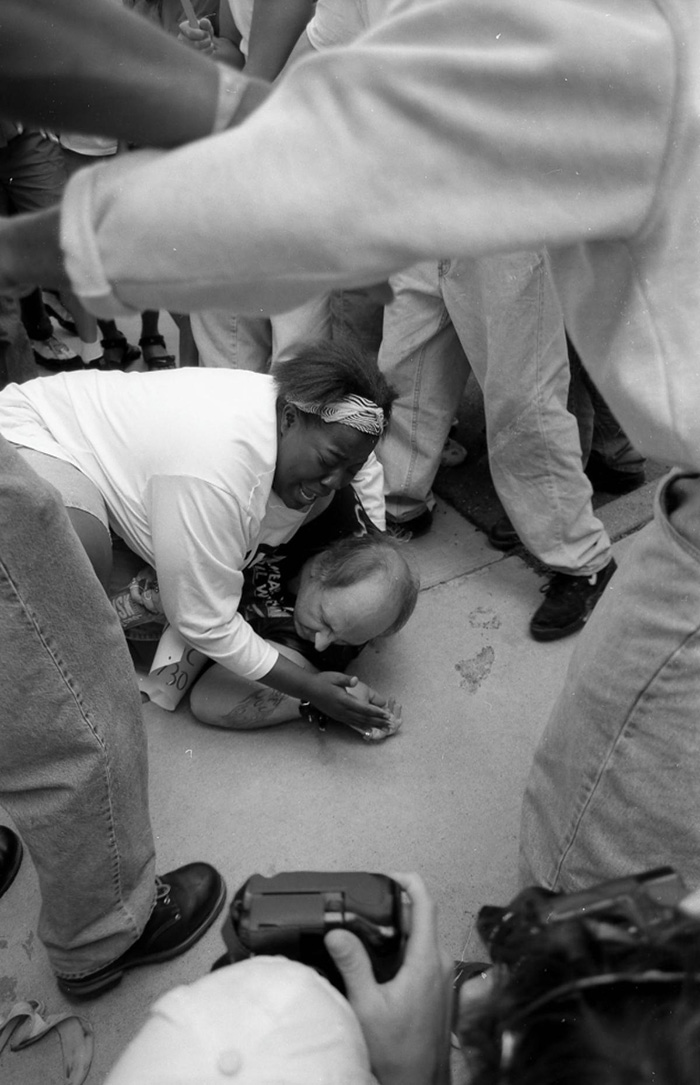 Would this man have done the same for her? It didn't matter to Thomas, who showed a level of compassion rarely seen in this world.

"Nobody deserves to be hurt, especially not for an idea," she said. 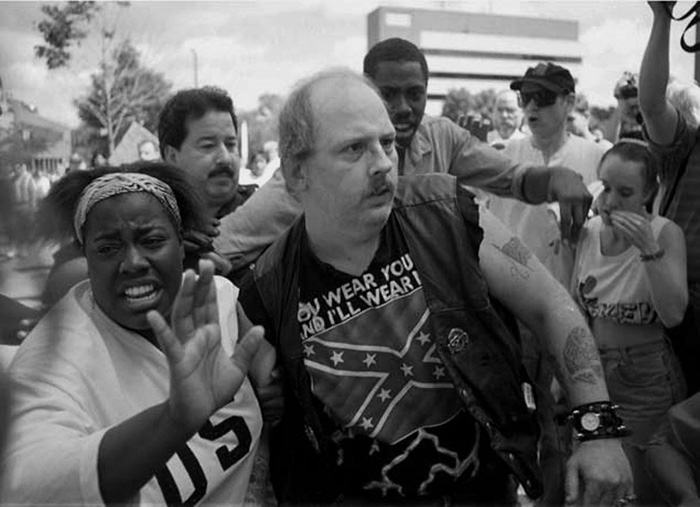 She has never met the man she protected, but months after the incident a young man approached her in coffee shop and thanked her. When she asked what he was thanking her for, his reply was simple.