40% Of Worker Ants Just Hang Around, Doing Nothing All Day 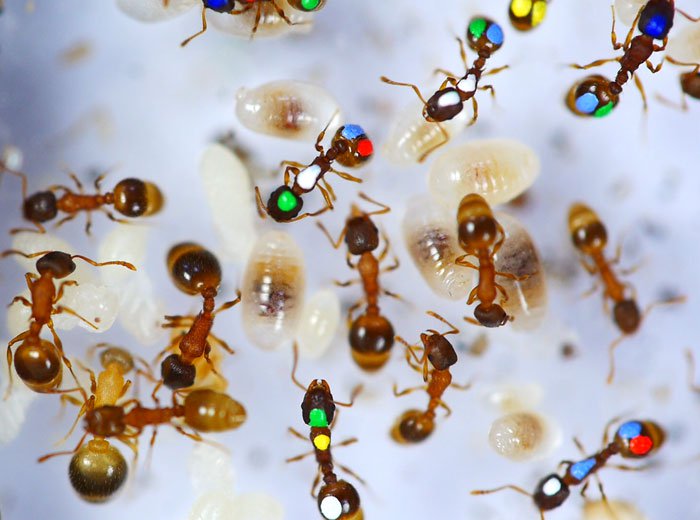 Entomologist Daniel Charbonneau from the University of Arizona made a recent discovery that, despite how busy and industrious ant colonies seem to be, 40 percent of the workforce spend most of their days doing nothing.

Charbonneau and his research team hypothesize that the "lazy" ants form both a reservoir of genetic material and a reserve workforce that serves as a hedge against the death of the "productive" ants. They may also serve as an emergency food supply for hard times.

Analyzing the video recordings revealed that a colony breaks down into four main demographics, according to Charbonneau: inactive, lazy ants; so-called walkers that spend most of their time just wandering around the nest; foragers that take care of outside tasks such as foraging and building protective walls from tiny rocks; and nurses in charge of rearing the brood.

In a series of experiments where active and inactive ants were alternately removed from their colonies, the researchers think they've determined the purpose that the laziest ants serve: they're a reserve labor force that only gets called upon when they're absolutely needed.

Finally, to see what would happen if the colony lost sizable amounts of inactive members, Charbonneau did a separate experiment in which his team removed the least active 20 percent. They found that those ants, unlike their top-performing peers, were not replaced.