Pope Francis Married Sinners This Weekend, And It's Just What The Catholic Church Needed

Pope Francis married 20 couples on Sunday. However, some of the couples were unconventional by traditional Catholic standards, having already lived together and had children. This is the latest sign that Francis wants the Catholic church to be more open to modern times.

"The path is not always a smooth one, free of disagreements, otherwise it would not be human. It is a demanding journey, at times difficult, and at times turbulent, but such is life," the pope said in a homily."Marriage is a symbol of life, real life, not some TV show."

Francis, who is the first non-European pope in 1,300 years, has expressed tolerance regarding other topics that are traditionally taboo in the Church, asking "who am I to judge?" a gay person "who seeks God and has good will".

Francis' call for tolerance and inclusiveness marks a significant departure from his traditionalist predecessor, Pope Emeritus Benedict XVI and indicates that change is afoot at the heart of one of the oldest religious institutions in the world. 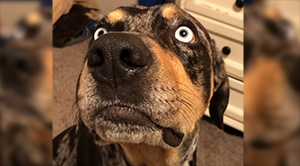