Missing Diver Rescued By Family After Being Swept Away By Current

A 22-year-old was rescued by his family after getting caught in a powerful current while diving off the coast of Key West, Florida. 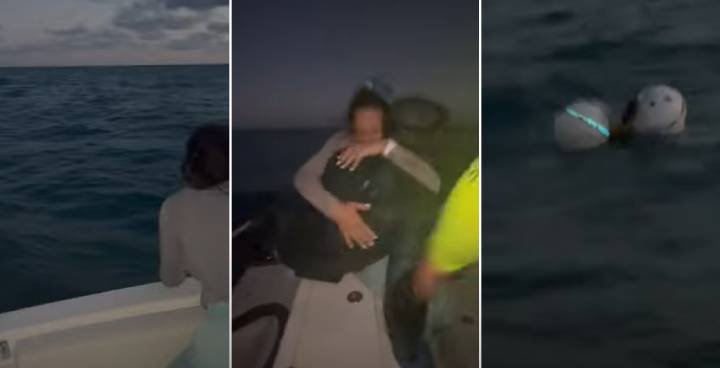 Dylan Gartenmayer went missing at sea for several hours after getting caught by the Gulf Stream current.

Around 5:45 pm on January 19, the Gartenmayer family received a phone call from a family friend who explained that Dylan had gone diving with two friends and had been missing for two hours.

"We were told that he went down for a dive and did not resurface. So we were thinking the worst," Priscilla Gartenmayer told Storyful. She and her boyfriend frantically took her grandparents' boat out and set sail for the area Dylan's friends last saw him.

"Before we even completely stopped the boat to start looking, Joel Cruz [Priscilla’s boyfriend] spotted Dylan near the channel marker that marked that reef," she said. "The joy we felt in that moment is indescribable."

Priscilla's boyfriend recorded the moment Dylan was pulled to safety.