A family in Michigan says they were comforted by a pair of guardian angels after a late night car crash on New Year's Eve. 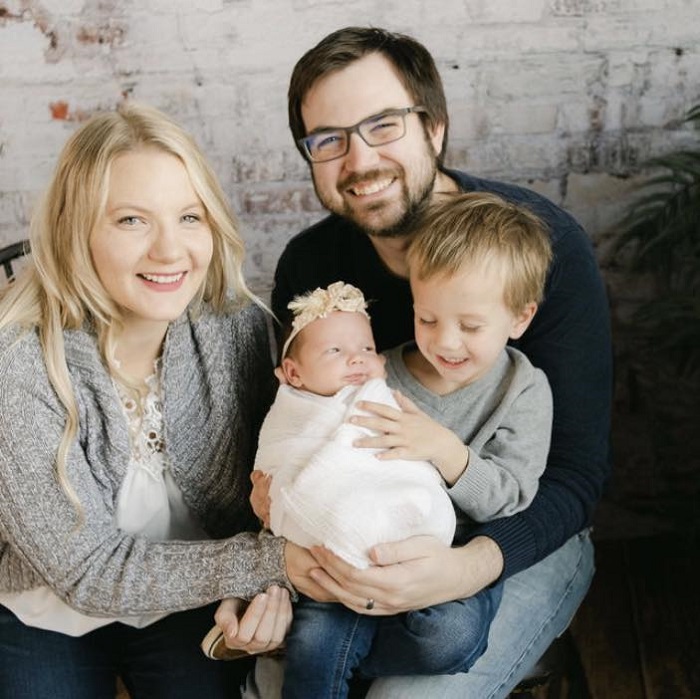 Nate and Kathleen Ayers, of Fruitport Township, along with their children Gideon, 3, and Gwen, 11 weeks, were driving home from a family Christmas/New Year's Eve party at about 1:30 a.m. on New Year's Day when a car crossed the median and hit their vehicle head-on.

"I noticed a set of headlights on the other side of the road, the opposite direction on Seeway," Nate told FOX 17. "I didn't think anything of it, and then I noticed that they were coming towards us. At that point, instinct kind of kicks in because somethings wrong… I just slammed on the breaks and tried to swerve so they didn't hit us head on."

The impact of the collision ripped the front of their car off.

Miraculously, the family was not hurt besides a few minor cuts and scratches. 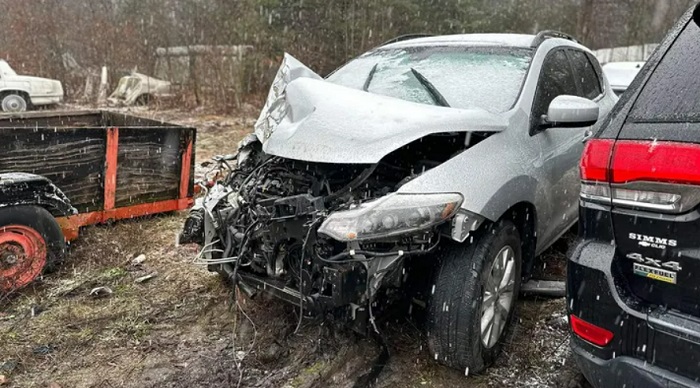 While Nate and Kathleen tried to deal with the damage and manage their young children, two strangers walked up and began to help.

"We were on the side of the road and next thing I know, they were right there," Kathleen recalled. "I just remember her rocking Gwen while I had Gideon. [She kept] her distracted and answered his questions."

The next day, the Ayers wanted to find the couple to extend their appreciation.

"For something so wonderful in a bad time, I just needed to say thank you," said Kathleen.

Kathleen posted a brief description of the couple in a community group on Facebook with the hopes that someone knew the pair. 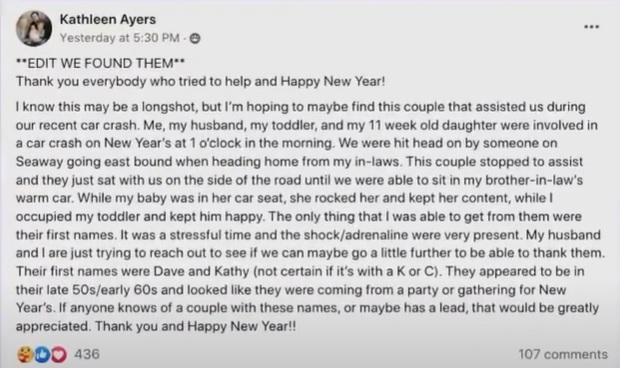 Fifteen minutes later, Kathleen got an answer when one of Catherine Kloska and David Sumner's friends tagged them in the post.

"I've been in an accident before with my own daughter and I know that feeling inside - you're scared, you're shaking, you're nervous, you're trying to concentrate and think of things, so if someone could help me when that situation happened, I'm going to help somebody else out too," said Kloska.

A copy of the police report provided to FOX 17 revealed there was no alcohol in the system of the wrong-way driver. The crash remains under investigation.