The Largest Litter In 100 Years: Wolves Are Making A Remarkable Comeback In California

The California Department of Fish and Wildlife (CDFW) has confirmed that a grey wolf pack has welcomed eight pups - the state's largest known litter in over 100 years. 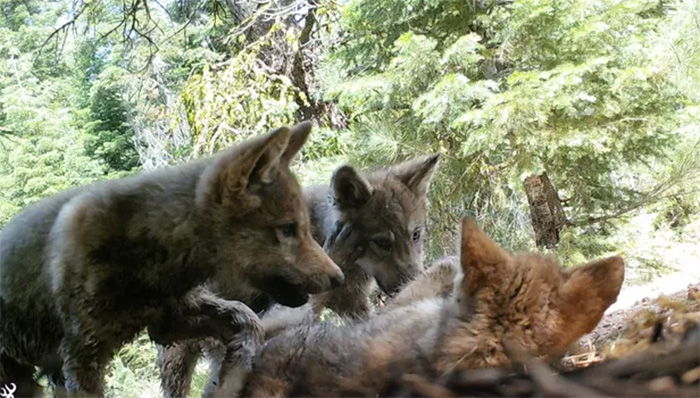 The births in the Whaleback wolf pack happened in the spring but were only recently confirmed by the CDFW. Their arrival offers signs of a remarkable comeback after wolves were wiped out in the state more than a century ago.

"This is a really great sign of the health of wolves," said Amaroq Weiss, a biologist who works as the senior wolf advocate for the Center for Biological Diversity. A typical litter is usually five or six pups, she said.

"The fact that eight pups have made it this far into the year is really exciting," Weiss added.

Wolves were hunted to near-extinction in California. They were never reintroduced in California, but began to slowly make their way into the state from Oregon in 2011.

"We used to have wolves here and now they are back, using the landscape and still producing offspring," Weiss says.

"It's really a remarkable thing that has happened here," says Weiss. "It's pretty rare where you have nearly eradicated a species and it starts to come back on its own."