An 8-year-old boy in Oklahoma was honored for saving the life of his classmate by using the Heimlich maneuver. 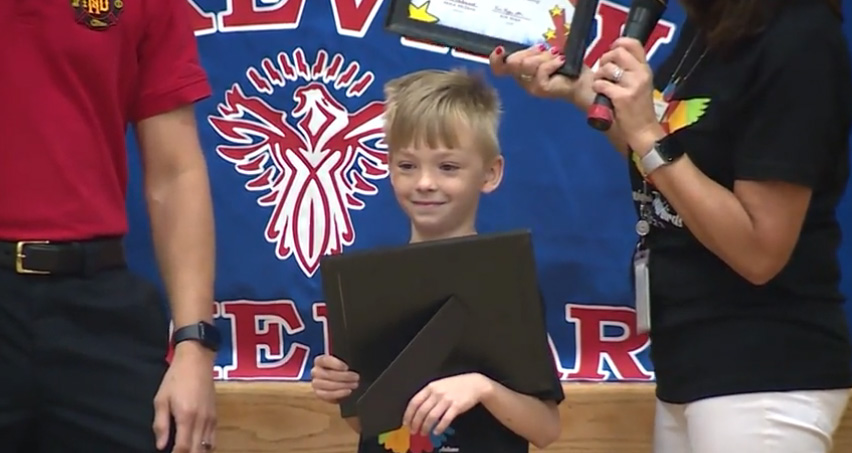 Cashton York was enjoying his chicken nuggets during lunch break when one suddently became lodged in his throat. His classmates noticed him struggling and tried to call for help from an adult.

Before a teacher arrived, 8-year-old Garrett Brown sprang into action, performing the Heimlich maneuver on Cashton.

After the food was dislodged from young Cashton's throat and he was rescued, Garrett became an instant hero in the community. 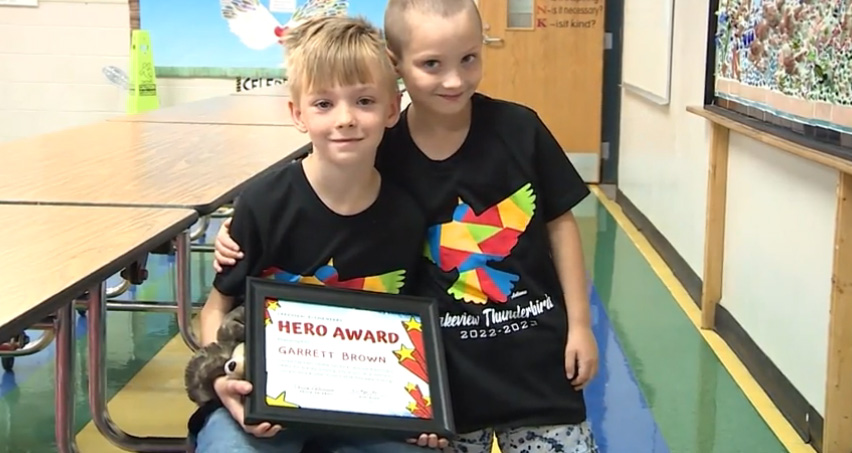 In case you are wondering how Garrett knew what to do, he said his father taught him the maneuver.

"My dad, he taught me whenever I was choking," Garrett told WRAL. "He taught me how to do it in case anyone else was doing it."

Cashton's parents are thankful Garrett was there to help their son.

"Extremely scary to know in a matter of seconds my child could have choked to death on food, at school when you're not around," his mother told WRAL. "There are not enough words to be grateful for saving him."

As for Cashton, he now considers Garrett his best friend.

"You're the best friend in the whole world that I ever had," he told Garrett.