Teen's Act Of Kindness To Elderly Driver At Gas Station

A teenager is being praised for going out of his way to help an elderly woman who was struggling at a gas station. 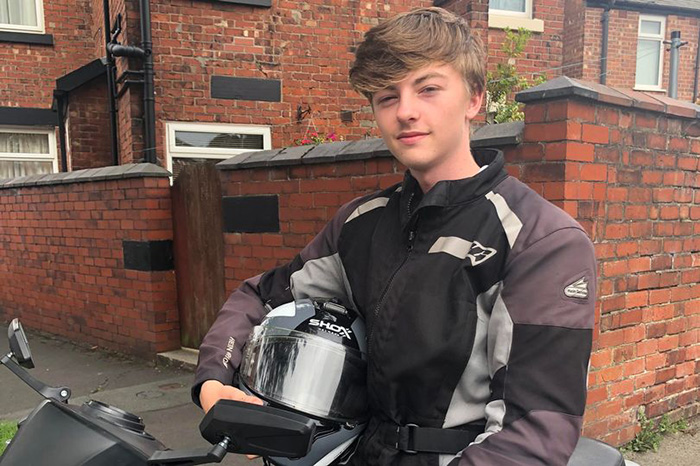 16-year-old Alvie Armer of Leyland, England, stopped at a gas station last weekend to fill up his moped. After filling up his own tank, he spotted an elderly woman who was on her own and "clearly struggling" to put air in her tires.

"While I was waiting for one of my other friends next to the air machine, I saw this old lady filling up her tires but she couldn't do it properly," Alvie told LancsLive. "I just went over, asked her if I could help her."

Alvie went home after helping the lady, not saying anything to anyone else about what he had done. But his kind act didn't go unnoticed. An eye-witness took to Facebook to praise the young man for his act of kindness.

"Just fueled up at Morrison's. 3 young lads on mopeds pull in for fuel. Elderly lady was at the air pump trying to put air in her tyres and was struggling. 1 of the lads goes over and helped. All credit to the lad. Well done pal, you're a credit to your parents and yourself.. Nice 1 pal.."