Jeep has brought the "world's largest rubber duck" to the Detroit Auto Show to celebrate "ducking" and to encourage others to continue the new trend. 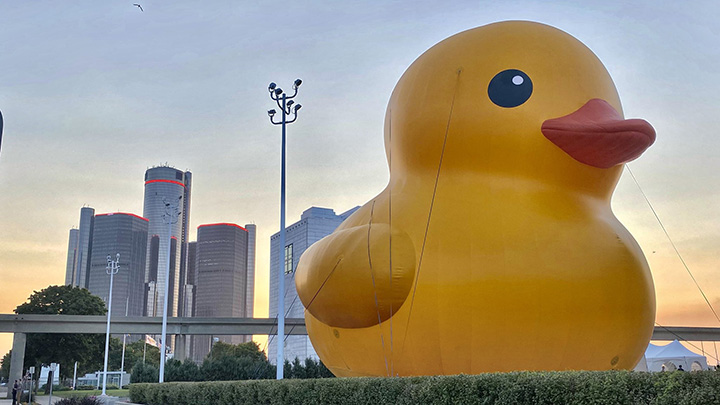 The concept is very simple: Jeep owners buy some mini rubber ducks, write some messages or drawings on them and leave them on or in other Jeeps — just to make other Jeep owners smile.

Once "ducked," if the "duckee" wishes, they can take up the cause of spreading a little joy to other Jeep drivers. 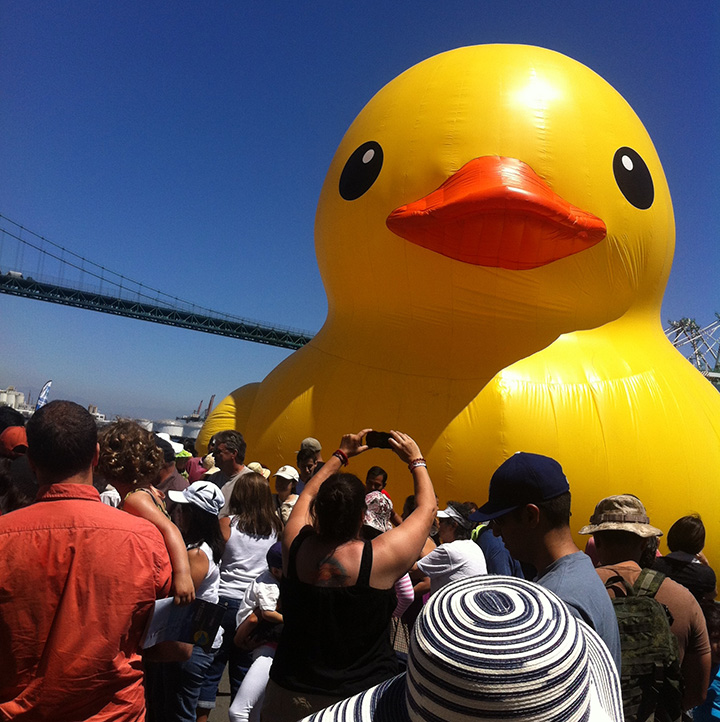 It started in July 2020 when Jeep-owner Allison Parliament bought some rubber ducks with the intention to hide them around her friend's house as a prank.

But as she walked out of the toy store, Allison spotted another Jeep Wrangler. She used a permanent marker to write, "Nice Jeep" on one of the ducks and placed it on the vehicle -- and she got caught.

"The owner was this burly, scary-looking, 6-foot-5 guy, asking, 'What are you doing?'" Allison told The Detroit News. "I think I peed myself a little. He was this big, scary guy, but he was smiling. He thought it was great. He said it was the best thing to come up with and the world needs more of this." 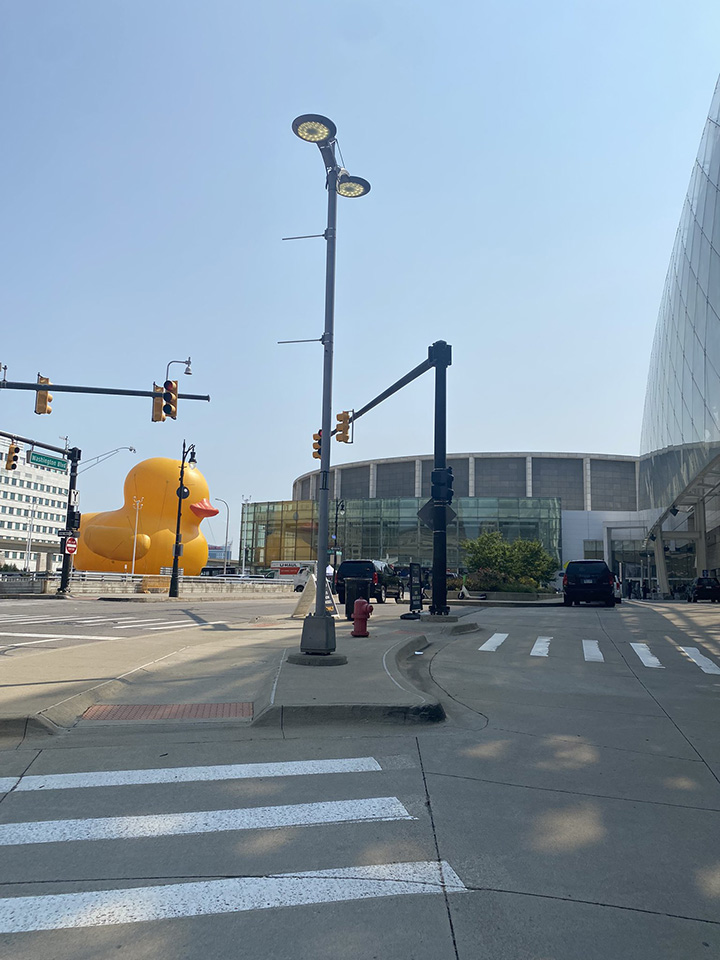 "How people react to it, it's priceless," Samborski, 56, of Duluth, Minnesota said. "I get enormous satisfaction from making people happy with this thing."