Last week, a baby stopped breathing during a flight from Pittsburgh to Orlando.

A retired nurse was able to get the baby to breathe again. 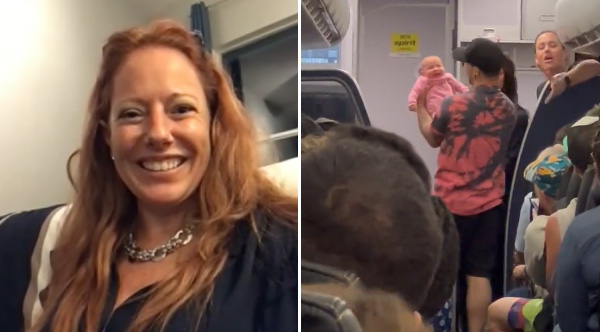 Tamara Panzino, a retired nurse of more than 20 years, told FOX 35 Orlando that flight attendants announced over the loudspeaker about 30 minutes after takeoff asking if anyone was a doctor.

The parents of three-month-old, Anjelé, frantically asked for help as their infant grew blue in the face and stopped breathing.

Panzino jumped into action and started massaging the baby's chest and legs, and soon, the baby started breathing again.

FOX 35 meteorologist Ian Cassette, who was a passenger on the same flight, recorded a video of the passengers cheering and flight attendants smiling as the baby’s father bounced Anjelé up and down.

On my flight back from Pittsburgh to Orlando, a baby stopped breathing three rows ahead of me. Thankfully a nurse (Tamara Panzino) was able to get the baby to breathe again. (1) pic.twitter.com/6oDgFCG7FS

"When you have to step forward and do what’s right, you do it. It was just a happy story, and it made me feel really good," said Panzino.

Cassette said the parents "praised the positive energy of the plane and the heroic actions of Tamara for saving her." He also commended the flight crew for their "quick action for helping as well."