Sheriff's deputies in Florida helped rescue dozens of lost sea turtle hatchlings that accidentally wandered into a hotel while making their voyage to the sea. 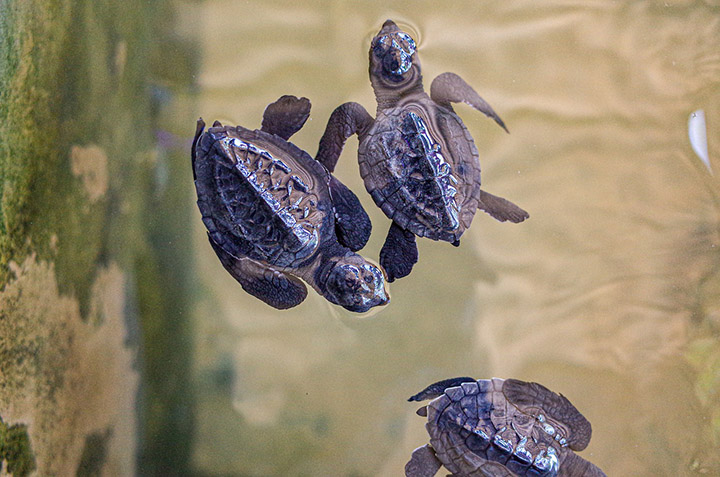 A security guard at a hotel in St. Pete Beach called the Pinellas County Sheriff's Office (PCSO) for help after discovering the baby sea turtles early in the morning.

The security guard had collected about 15 sea turtles before he called PCSO for reinforcements.

Sergeant Mackesy, Deputy Lopez, and Deputy Wheeler arrived to the hotel and found baby sea turtles all over the area including in the hotel's pool, in the bushes, in the bathroom, and even in the storm drain.

Sergeant Mackesy called the on-duty Florida Fish and Wildlife Conservation and Commission (FWC) officer who instructed her to release the turtles at the water's edge and let them go towards the water on their own.

The three deputies can be seen on bodycam video releasing the sea turtle hatchlings near the shoreline.

"With some words of encouragement and guidance all the hatchlings made their way to the water successfully," the sheriff's office said. "We think Finding Nemo's pal Crush would be pretty proud of this crew and the deputies, too!"