The generous tip was inspired by a social media trend called "Tips for Jesus". 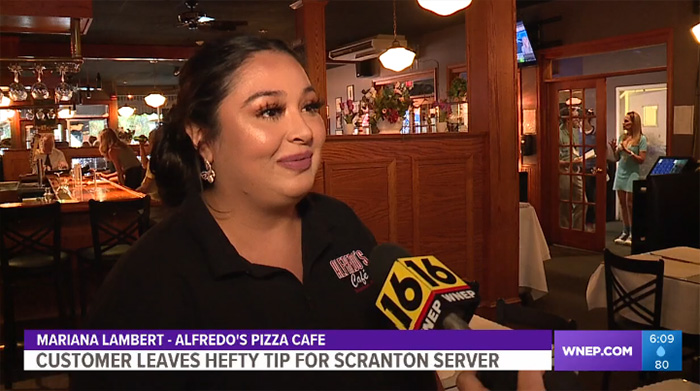 Mariana Lambert is a waitress at Alfredo's Pizza Cafe in Scranton.

Last month, a man came in and ordered a stromboli. His bill totaled just over $13 but he left her the tip of a lifetime: $3,000.

The tip came from Eric Smith, who travels across the country leaving similar tips for servers as part of a social media trend called "Tips for Jesus" -- a movement in which an anonymous diner leaves large tips for waiters and waitresses. 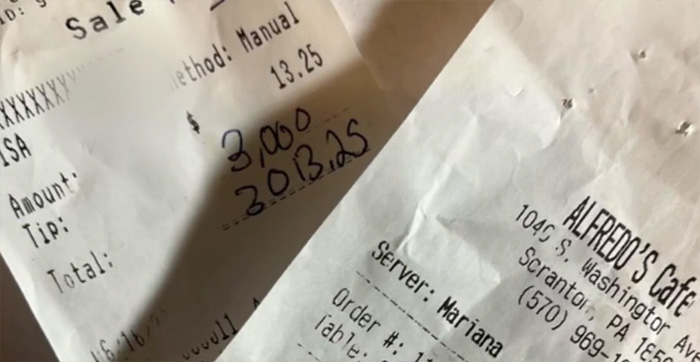 "It really meant a lot to me because everyone's going through stuff. It really touched my heart. I still can't believe it. I'm still in shock," Lambert said.

Employees at Alfredo's were shocked by the gesture and, at first, were skeptical if it was real or not.

"We ran his card, and everything went through. We took his ID and took pictures of everything. They waited a little bit to make sure it was legit and went through, and it ended up being real," Lambert said.

Lambert says she plans to pay it forward the next time she goes out to eat, WNEP reported. She also hopes to pay some bills and take her family on vacation.