A man installing solar panels in Plymouth, Massachusetts stopped working when he heard an autistic 5-year-old girl had gone missing.

He joined the search and ended up finding her. 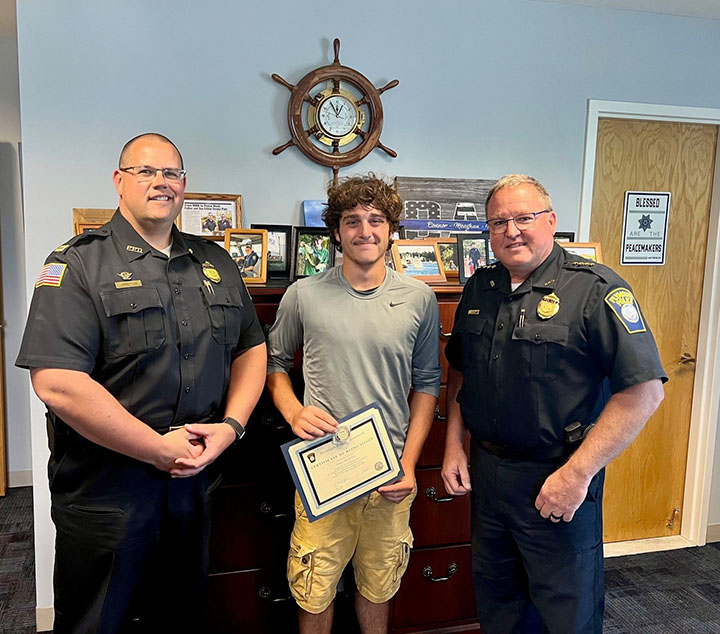 Jake Manna was installing solar panels in Buttermilk Bay on Wednesday when he heard there was a missing girl in the area.

Jake put the job on hold and decided to participate in the search though he did not know the area, Plymouth police said.

"He walked down a rural trail that ended at a stream. He noticed a diaper and T-Shirt in the stream," a spokesperson for the police department said in a Facebook post.

"Panicked, he ran down the stream to a marsh where he found the young girl in waist deep water. She did not listen to him and continued wading outward. He was able to make his way to her and 'put her over his shoulder', carried her out, and got her to safety.

Jake is not from Plymouth and doesn't know the area. If he didn't pick that path and see the missing clothing, we hate to think about what the outcome would have been."

Officer Vinnie Roth, who responded to the original call, called Jake "a guardian angel" for the young girl.

Chief Dana Flynn and Capt. Jamie LeBretton of the Plymouth Police Department presented Jake with a certificate and Command Coin to thank him for his service.

In the post, they called him the "nicest, most unassuming young man that one could meet," adding "he also has great hair!"