A lost dog placed third at a dog show after being entered by a man who found her on his way to the event. 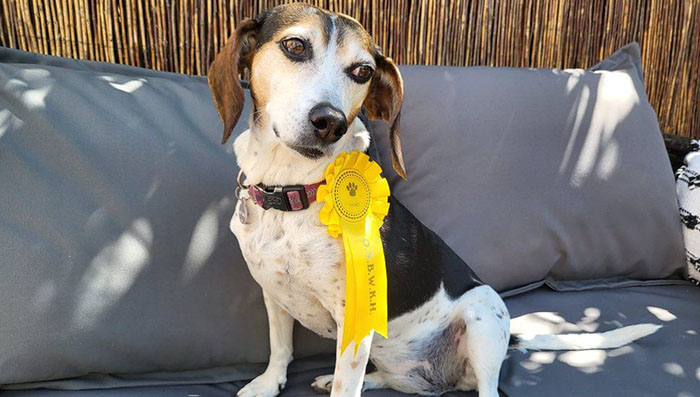 Paula and Peter Closier became concerned when their five-year-old beagle-mix, Bonnie, disappeared from their home in Bolney on Sunday morning. The family searched the surrounding area and put out an appeal on social media.

Meanwhile, John Wilmer, who was on his was to a dog show in Felbridge with his two dogs, spotted Bonnie on the side of the road.

Wilmer posted a quick message on Facebook asking for the pet's owner to get in touch before taking her to the show.

"I was in a bit of a rush to get there when we found Bonnie and put her in the car," he said.

Wilmer decided to enter Bonnie into the competition for best rescue dog, in which she finished with a third place rosette.

Peter said the family was in disbelief when Bonnie arrived home.

"We couldn't believe it. You could not make it up. Bonnie was absolutely fine when she got back. She just thought she was having a great day out," Peter said.

"When she was missing I had five different outcomes in my head, the best being that she came back. This was even better than that, she came back with a rosette."