A secret population of polar bears has been discovered in Southeast Greenland by a team of researchers.

This discovery provides a glimmer of hope for the white bears. 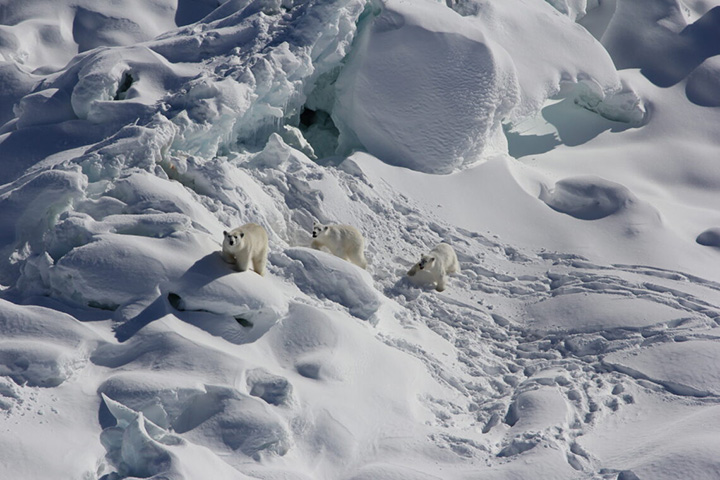 The polar bears are surviving in an improbable habitat — one that lacks floating sea ice used by the bears for hunting.

"We wanted to survey this region because we didn't know much about the polar bears in Southeast Greenland, but we never expected to find a new subpopulation living there," said the study's lead author Kristin Laidre, a polar scientist at the University of Washington's Applied Physics Laboratory. "We knew there were some bears in the area from historical records and Indigenous knowledge. We just didn't know how special they were."

The newly collected data shows how these bears are using glacier ice to survive with limited access to sea ice.

"Polar bears are threatened by sea ice loss due to climate change. This new population gives us some insight into how the species might persist into the future," said Laidre. 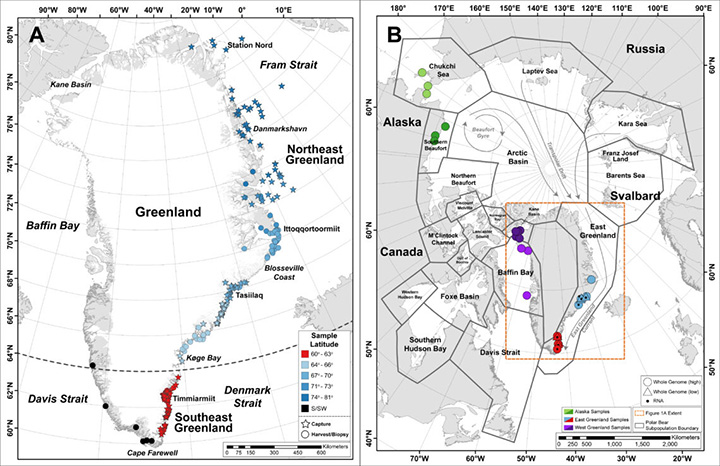 The dots on the left map show the locations where samples from Greenland polar bears were collected. The map at the right shows the 19 current polar bear subpopulations, with colored dots showing the location of other samples used in the analysis.

The study's co-author Beth Shapiro, a professor and geneticist at the University of California, says this population has been living separately from other polar bear populations for at least several hundred years.

"They are the most genetically isolated population of polar bears anywhere on the planet," he said. The genetic difference between this group of bears and its nearest genetic neighbor is greater than that observed for any of the 19 previously known polar bear populations, UW News reported.

Satellite tracking shows that the Southeast polar bear populations have different behaviors, too.

They use a different approach to hunting. Since they have access to sea ice for only four months of the year, they hunt seals from chunks of freshwater ice breaking off the Greenland Ice Sheet.

Adult females are smaller and also have fewer cubs. The authors estimate that there are roughly a few hundred bears in Southeast Greenland.

"If you're concerned about preserving the species, then yes, our findings are hopeful — I think they show us how some polar bears might persist under climate change," Laidre said.

The government of Greenland will decide on any protection and management measures.