A zoo in Rhode Island announced the birth of a critically endangered red wolf pup, the world’s most endangered canid species. 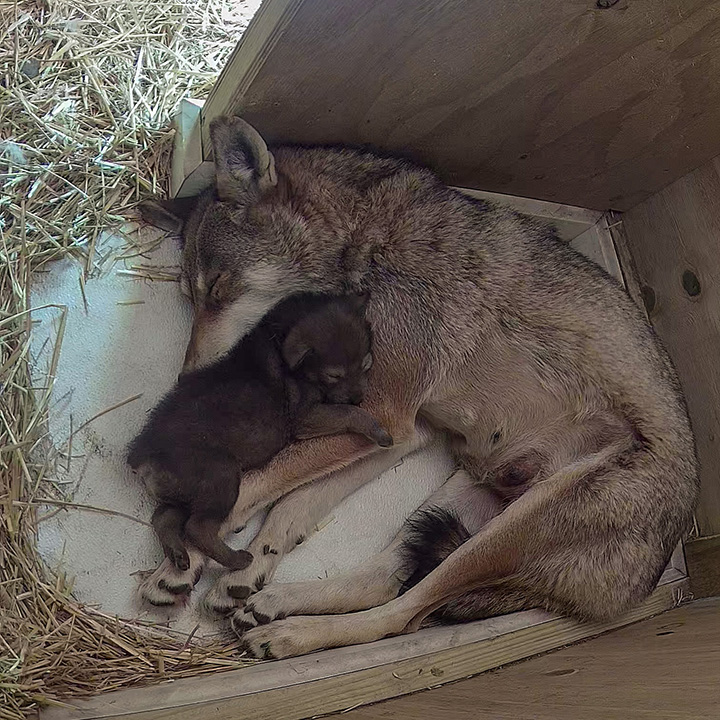 The pup was born on May 5 at Roger Williams Park Zoo to parents Diego and Brave. It is the first red wolf pup born at the zoo since 2005.

Only 15-20 red wolves remain in the wild, and they are all located in eastern North Carolina. They were listed as extinct in the wild by 1980.

"Through the collaboration of the US Fish & Wildlife Service and the Associations of Zoos and Aquariums' (AZA) Red Wolf Species Survival Plan (SSP), the last 14 remaining wild red wolves were brought into zoos to establish a captive breeding program with the primary objective of forming the foundation of a wild population through reintroduction back to the wild. Without zoos, red wolves would be extinct in the wild," the zoo said in a press release.

The animal care team continues to monitor the mother and baby through a camera located inside the wolves' newly built birthing den. While the pup has been seen nursing and appears to steadily gain weight, the next month is a critical time for its development, the zoo says.