A University of Windsor student recently caught an extraordinary sight on video while on a walk along the Detroit River. 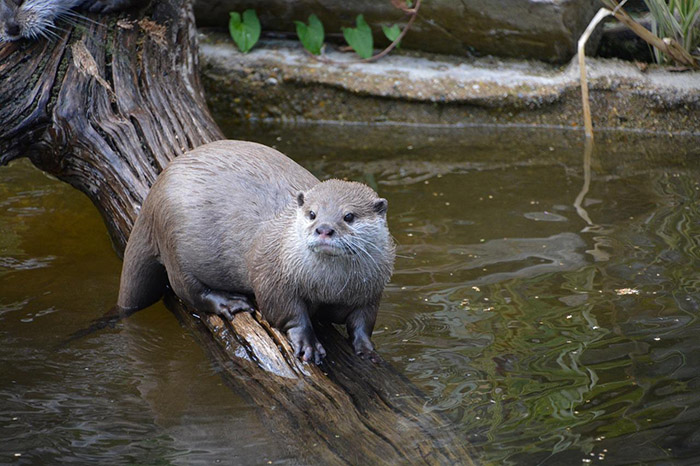 On the morning of April 25, doctoral student Eric Ste Marie went out for a walk along the river prior to an anticipated long day in the lab. Much to his surprise, he saw an animal pop its head out of the water. He ran out to the end of a pier beneath the Ambassador Bridge to get a closer look and there it was: a river otter.

"A straight-up river otter in the Detroit River!" he said. "It was the last thing I was expecting to see."

While the semi-aquatic mammals were once a common sight in Michigan, they were largely eradicated from the Detroit River in the early 1900s.

"River otters were quite common in southeast Michigan, including the Detroit River, up through the arrival of European explorers and fur traders," said Gearld P. Wykes, a historian from the Monroe County Museum System. "During the fur trade era, they were much sought after for their fur, along with beaver. Based on historical records, river otters were likely extirpated from the Detroit River in the early 1900s."

The Ohio Department of Natural Resources started reintroducing otters to rivers in the state in 1986, and the species repopulated, spreading west. In 2019, they were spotted at Point Pelee National Park in Ontario, the first time they had been seen there since 1918.

Ste Marie's sighting on April 25 was the first photographic evidence of an otter in the Detroit River in recent years, according to Great Lakes Now.