Scotland's Forests Recover To Largest They Have Been In 900 Years

Research released by Our World in Data shows that Scotland's forests have recovered to levels last seen nearly 1,000 years ago. 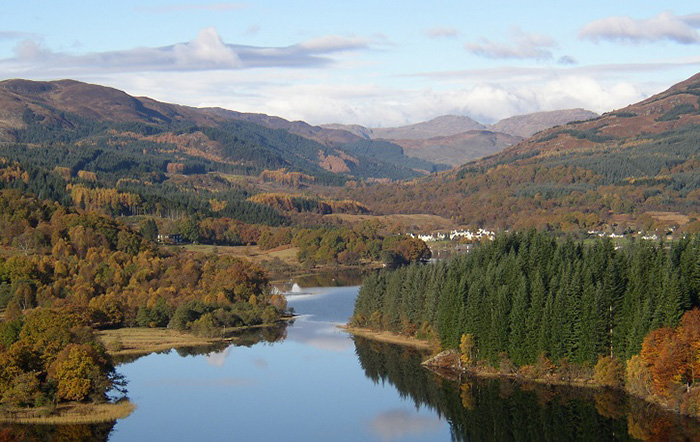 In just under a century, forest coverage in Scotland has grown from around 6 percent to nearly 18 percent.

"1,000 years ago, 20% of Scotland's land was covered by forest. By the mid-18th century, only 4% of the country was forested. But then the trend turned, and it moved from deforestation to reforestation. For the last two centuries forests have been growing and are almost back to where they were 1,000 years ago." 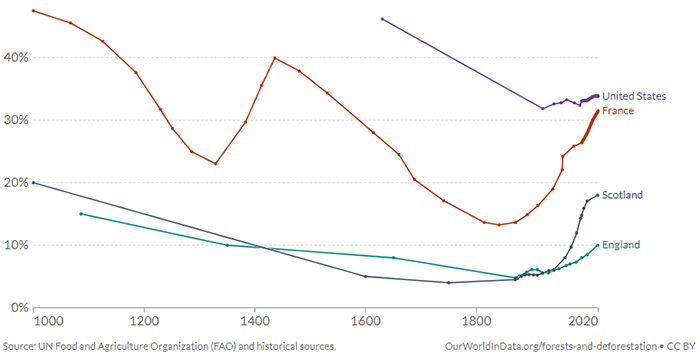 "In the late 11th century, 15% of the country was forested, and over the following centuries two-thirds were cut down. By the 19th century the forest area was reduced to a third of what it once was. But it was then that England reached its transition point and since then, forests have doubled in size."

The British government plans to plant around 75,000 acres of woodland each year by 2025.

The Scottish government has a target for 21 percent forest cover by 2032.