Bruce Tronolone is back home and grateful to be alive after recovering in the hospital from a cardiac arrest.

He is encouraging everyone to learn CPR. 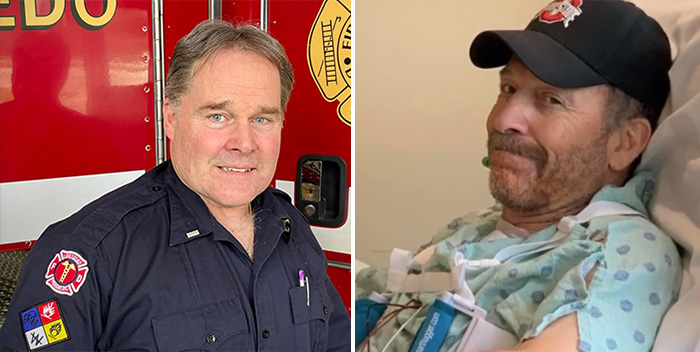 "I lost my heartbeat for almost five minutes" he told WTOL.

But thankfully off-duty firefighter Lt. Jim Schulty happened to be nearby, along with others who knew how to handle the emergency.

Lt. Schulty quickly assessed the situation and discovered Tronolone had no pulse and was in cardiac arrest. After calling for an automated external defibrillator (AED), Lt. Schulty began CPR and continued until the AED arrived.

After placing the AED patches on Tronolone, one shock was administered with positive results. Tronolone regained a pulse and was conscious when transported to a local hopsital for further treatment. He is now back home after spending nearly a week in the hospital.

While the situation had a positive ending, it's quickly becoming a shining example of why knowing CPR is so important. Toledo Fire Chief Allison Armstrong said every minute CPR is not being performed when someone is unconscious, decreases their chances of survival.

"CPR is not being done, survivability decreases drastically by every minute that goes by" said Armstrong.

"You know they prevented my heart from having major damage from being without a pulse for that period of time!" added Tronolone.