A second grade teacher created a writing assignment for her students that is helping local shelter animals find forever homes. 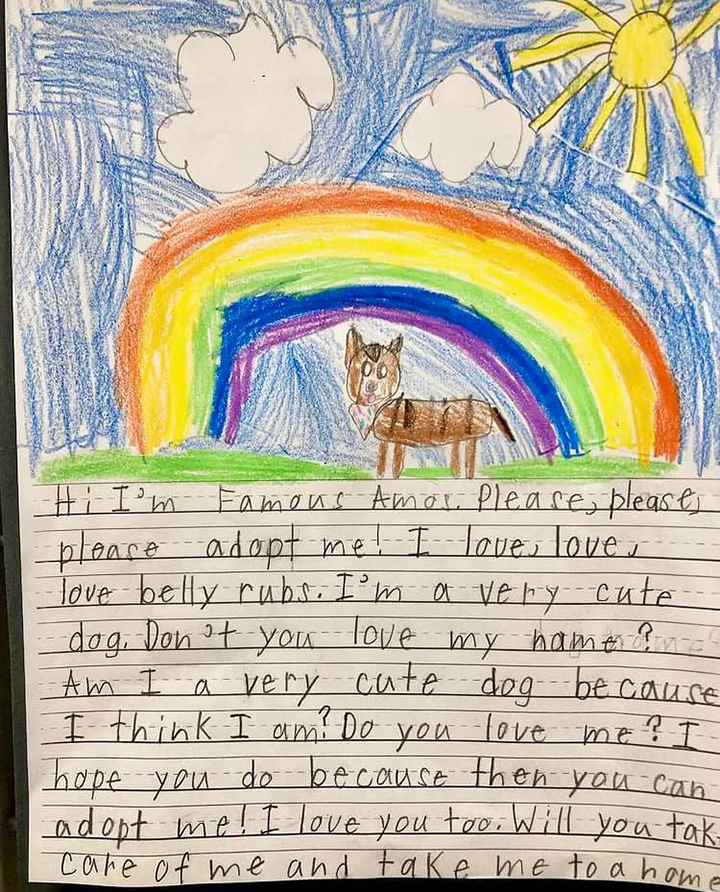 Teacher Kensey Jones asked her students at St. Michael's Episcopal School in Richmond, Virginia, to draw pictures of animals at Richmond Animal Care and Control (RACC) and then write letters from the perspectives of the animals themselves to try and help them get adopted.

"The class was working on persuasive writing, and they wrote pieces as if they were speaking on behalf of the shelter dog trying to get adopted," Christie Peters, director of RACC, told Fox News. 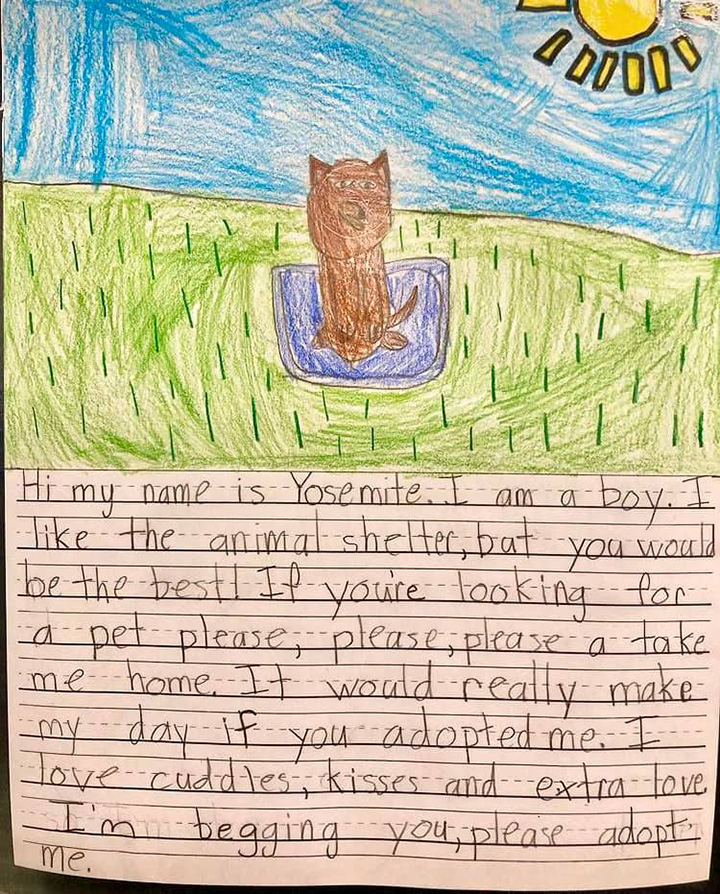 Each student was assigned a dog or cat from RACC and was then "briefed" on the background and temperament of the animal. 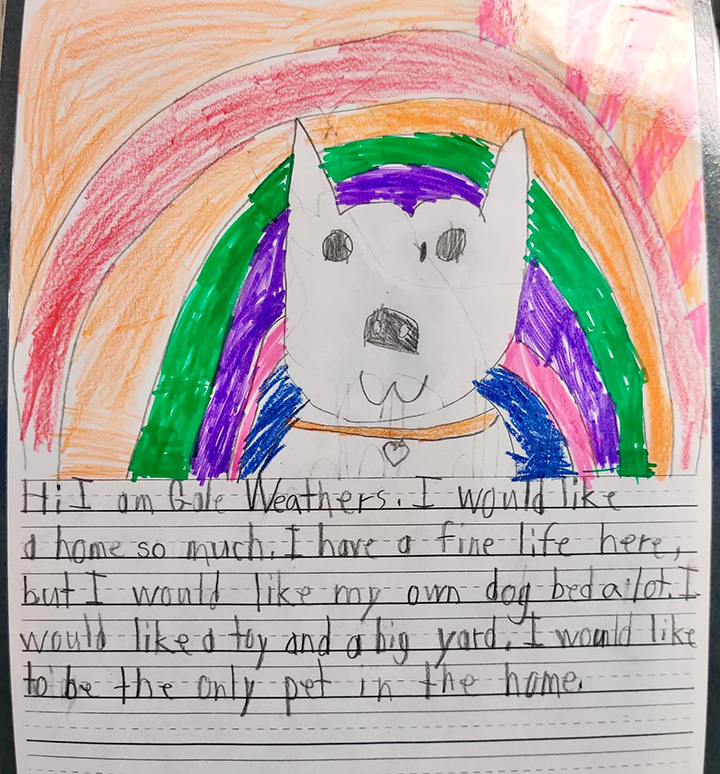 The written letters and illustrations were later hung on the outside of the animals' kennels. 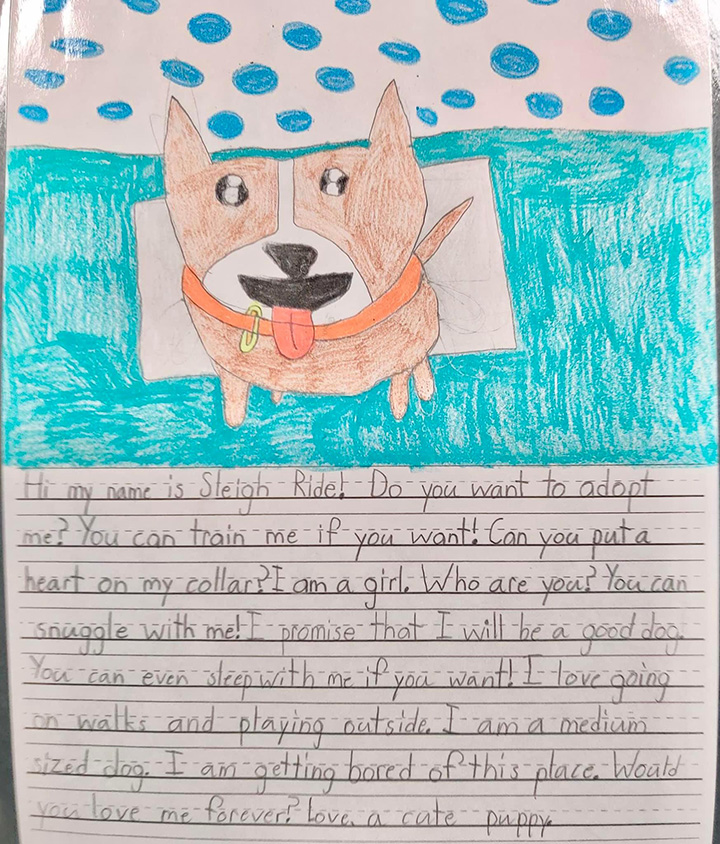 "This classroom project collaboration allowed me to combine my two greatest passions, children's literacy and helping animals in need," Jones said in a news release.

"I am so proud to see my students rise to the occasion and write amazing persuasive paragraphs through the eyes of one of their RACC dogs." 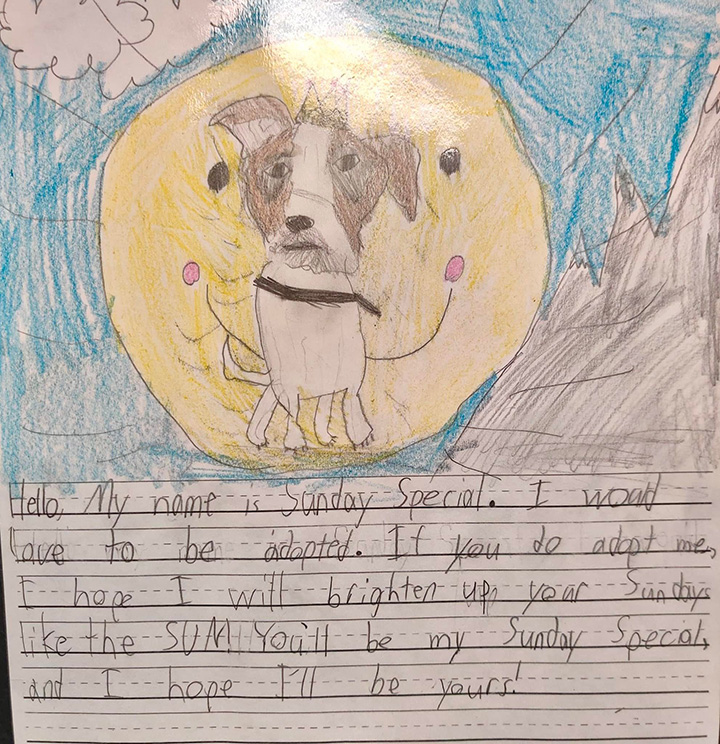 Jones said eight animals were quickly adopted after their stories were written and read. 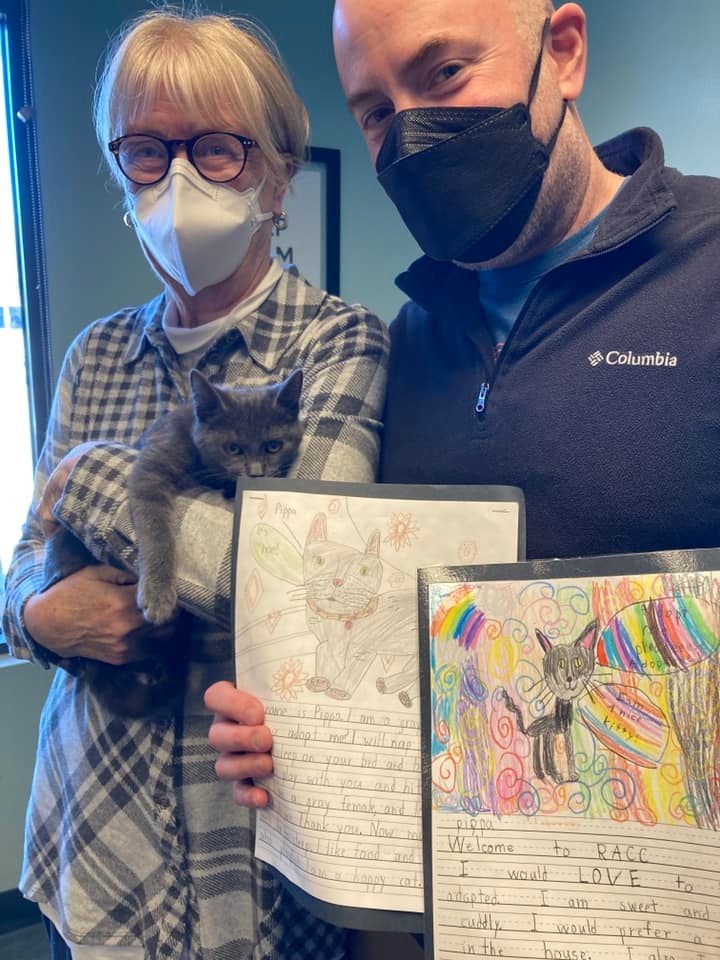 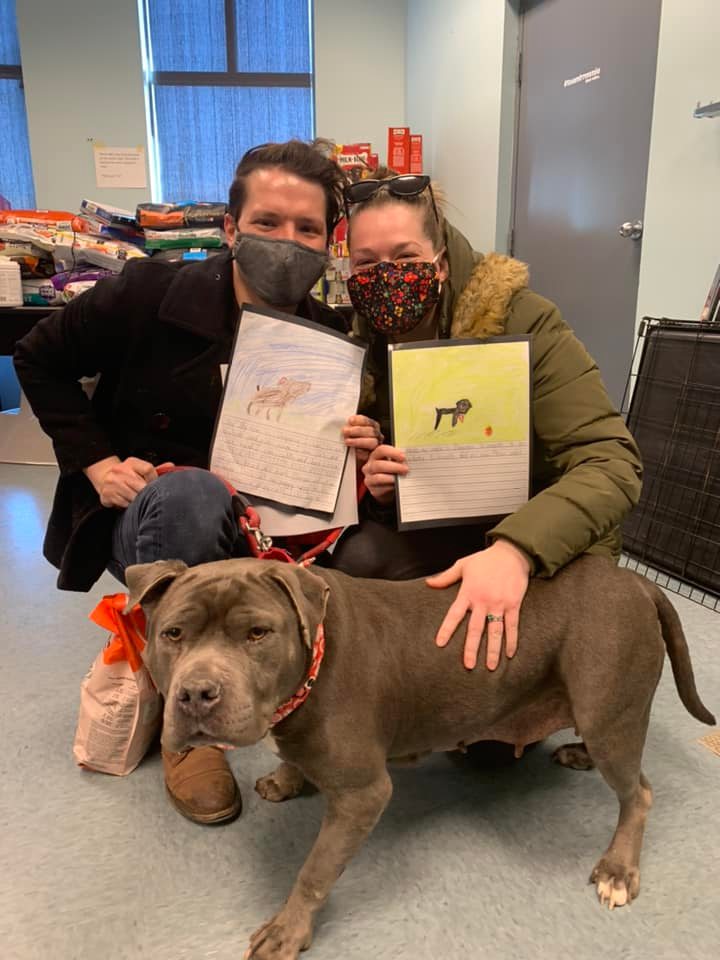