Wyandotte Police and Fire rescued a dog on Monday evening from the Detroit River. 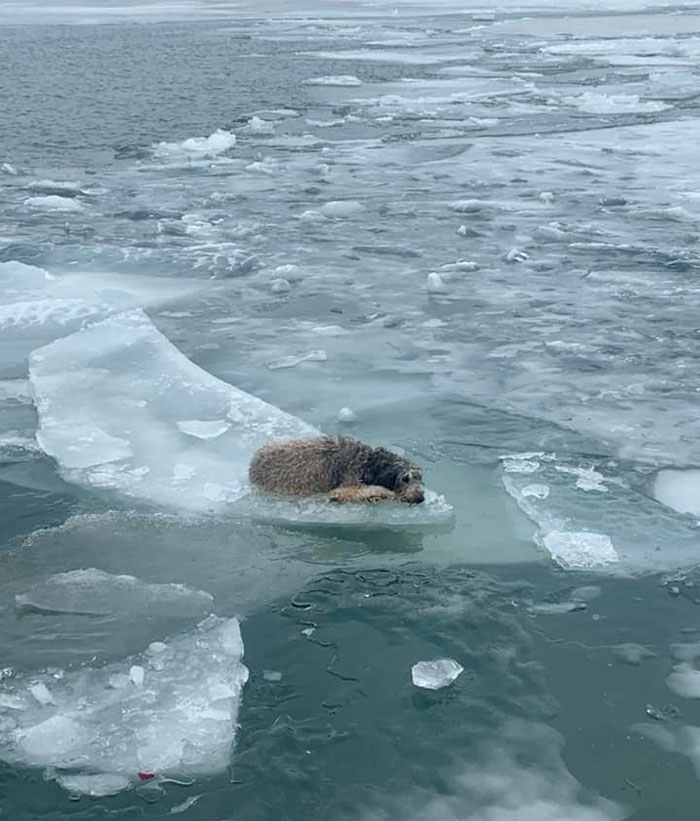 A labradoodle had gotten away from its owner and ended up jumping into the freezing cold river, police said.

The dog somehow managed to climb onto a chunk of ice, but it was drifting away on the river while the dog was freezing.

Fortunately, neighbors who spotted the dog on the water, called 911 to report it.

"If not for that, that dog would have froze to death or drowned," said Wyandotte Deputy Police Chief Archie Hamilton.

"It had such a happy outcome," said Wyandotte Assistant Fire Chief Tom Lyon, who, along with a small crowd of first responders and residents, watched his men suit up in orange insulated drysuits and risk their lives to save the terrified animal.

"She just had those big brown eyes, and she couldn't talk, but she probably was just so grateful."