A man in California survived a five-hour night swim, thanks to the encouragement of a friendly seal. 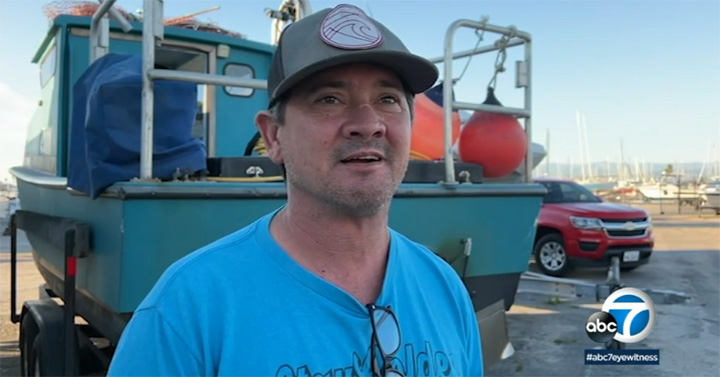 Scott Thompson accidentally fell out of his boat while out in the Pacific Ocean. He watched his boat sail off into the distance from the middle of the frigid Santa Barbara Channel.

Lost at sea, with no land in sight, Thompson was sure these were his final moments on earth.

Thoughts of his family helped him find the will to survive.

"Just keep swimming, you gotta get home to your family," Thompson kept telling himself. "I was devastating myself, through my mind, just picturing my girls and my son growing up without me, and my wife, you know, not having a husband to support her...I wasn't thinking about sharks or anything like that, until I hear this splash?"

The splash was a seal that Thompson described as "an angel" that came to help him.

"It was a medium-sized harbor seal," Thompson said. "The seal would go underwater and he came up and nudged me, like a dog comes up and nudges your leg." 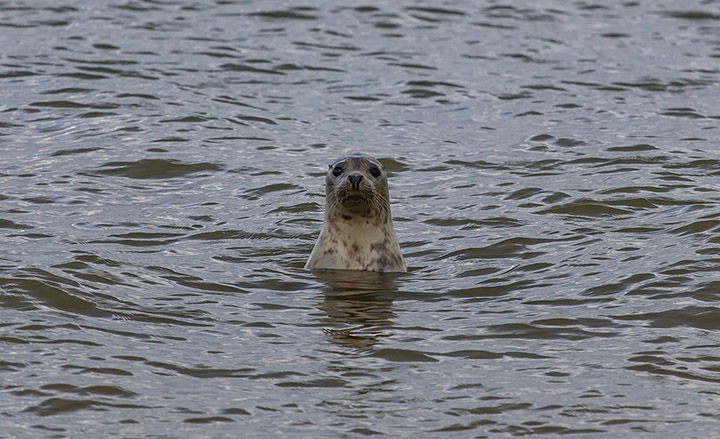 "Did it know, like hey, this human is in trouble, hey keep going dude?" he said.

After being pushed along by the seal, Thompson felt determined to swim to the nearest oil platform, which was far but closer than land.

"You gotta make it to the platform because you have no choice," Thompson told himself.

Freezing and exhausted, he finally reached the platform 5 hours later.

Crews aboard the oil platform rendered aid. The Coast Guard got him to a hospital where Thompson was treated for hypothermia and more.

"Even putting on a wet suit, being prepared, getting in that water, and swimming to the platform was horrendous," Channel Watch Marine Paul Amaral said. "I can't imagine being in the water with shorts and a T-shirt at night. There was no moon, I mean it was pitch black."