A 25-year-old woman from Puerto Rico is Victoria Secret's first model with Down syndrome. 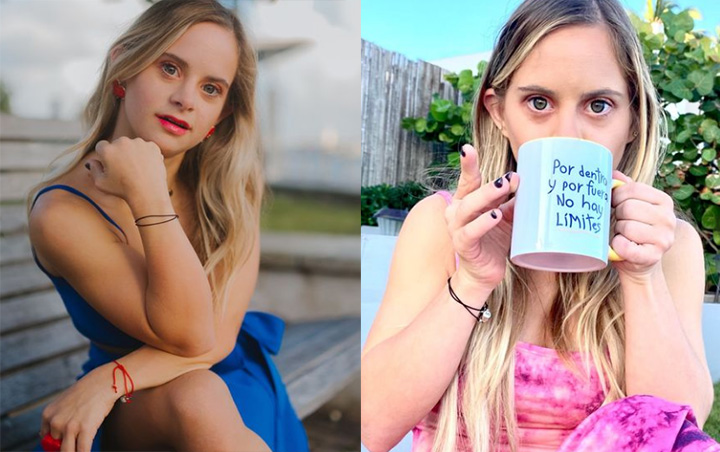 Sofia Jirau lives by the motto "there are no limits" and she continues to prove its truth.

In the new Victoria's Secret collection entitled "Love Cloud", Sofia joins 17 other women who are showcasing a new side of the brand: inclusion.

"One day I dreamed it, I worked on it and today it's a dream come true. I can finally tell you my big secret... I'm the first Victoria's Secret model with Down syndrome!" Sofia wrote on Instagram.

"Thanks to all of you for always supporting me in my projects. Thanks to [Victoria's Secret] for seeing me as a model without limits and making me part of the Love Cloud Collection inclusion campaign. This is just the beginning, now it's formed!" she added.

On Valentine's Day, she fulfilled another dream: being featured in Vogue magazine.

"My people, dream big. Inside and outside there are no limits! Thanks to everyone who has congratulated me, I am very happy and joyful," she said in the announcement.

It seems her motto has been the driving force of her success. Since she was a young girl she has always believed that she can accomplish anything she sets her mind to. She puts no limits on herself.

In an interview with People magazine, Sofia said that when she was little, "I looked myself in the mirror and said, 'I'm going to be a model and a businesswoman'."

Sofia began working as a model in 2019. Since then, she has modeled for top designers and in 2020 made her debut at New York Fashion Week.

She has also launched an online store named "Alavett" (based on her favorite phrase "I love it") that sells clothing, accessories, and home products with the signature brand name and heart doodle.

She is a model and a businesswoman. But not just any model, a Victoria's Secret model.