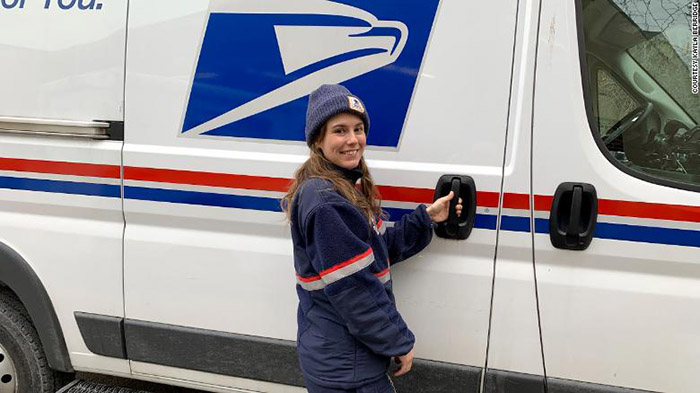 Kayla Berridge said that mail had been piling up for four days at a resident's home and her vehicle was still at the residence.

"I hadn't seen her in a while and I noticed her mail wasn't getting picked up, so I got a little concerned," Berridge told CNN. The woman, who is in her 80s, would sometimes chat with her, Berridge said.

Officers found the woman trapped under items that had fallen on her inside the bedroom. It was determined that she had been trapped on the floor for at least three days and possibly longer.

The woman was taken to the hospital and diagnosed with hypothermia and dehydration. Her family said she is stable and recovering well.

"Without a doubt, she saved this lady's life," Police Lt. Wayne Stevens told CNN. "That's part of being a letter carrier in a small town and taking your job to the next level. She did a great job."