Tom Brady surprised a 10-year-old brain cancer survivor and his family with tickets to the Super Bowl. 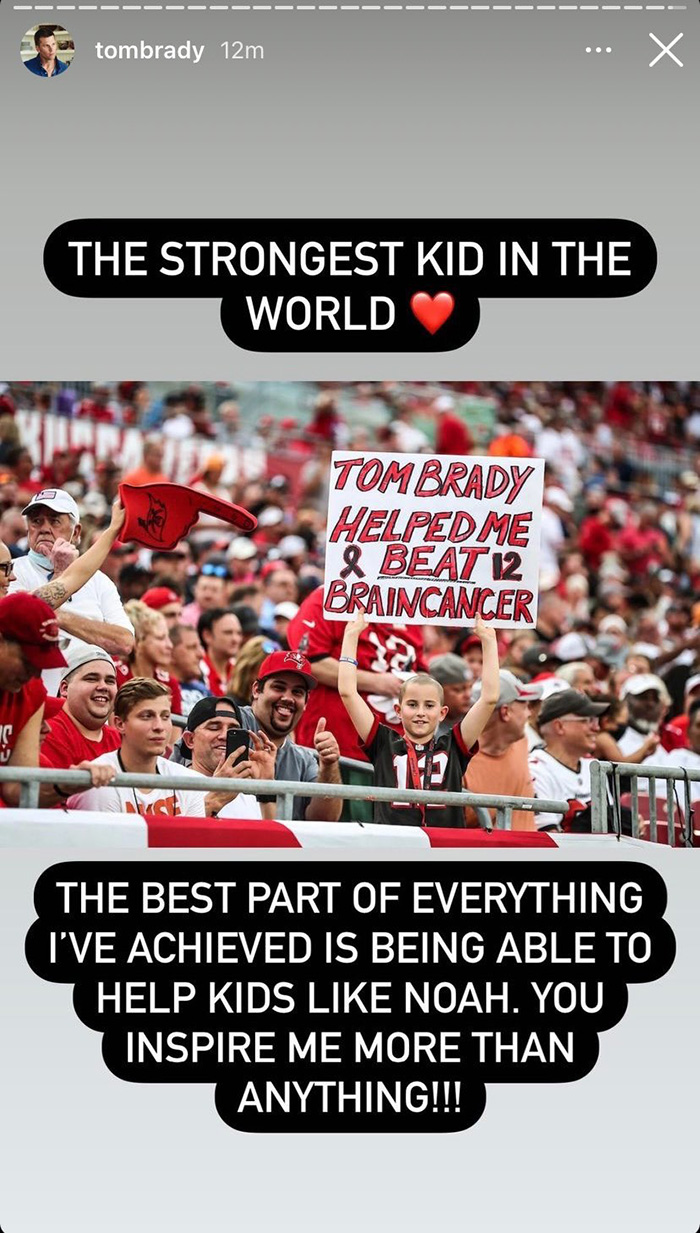 Brady caught up with the young fan after the game and gave him a hat to commemorate the moment.

It was an unforgettable moment for Noah. 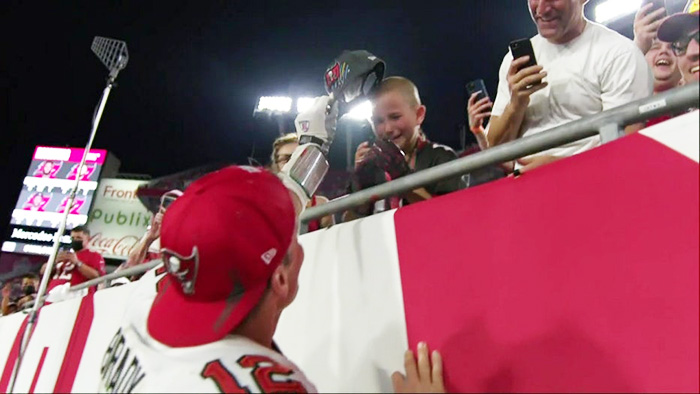 "I've kind of just loved Tom Brady and I've just always kind of followed Tom Brady," Noah told Fox 13. "I was just so grateful. I was just so blessed. It was just amazing. I was in shock. It was crazy."

Noah said watching Tom Brady highlights helped take his mind off the pain during the intense chemotherapy and cancer treatments.

On Saturday, Brady surprised Noah with another special gift. Noah is going to the Super Bowl.

"Earlier you held up that sign that I helped you beat brain cancer. Well, listen, your fight, you’ve inspired so many people, including myself, but millions of others also," Brady said.

.@TomBrady surprised 10-year-old brain cancer survivor Noah Reeb with Super Bowl tickets. This is what it’s all about ❤️ pic.twitter.com/Qo6QdjM1qI