A dog helped keep an injured hiker alive by lying on top of him for 13 hours until they were rescued. 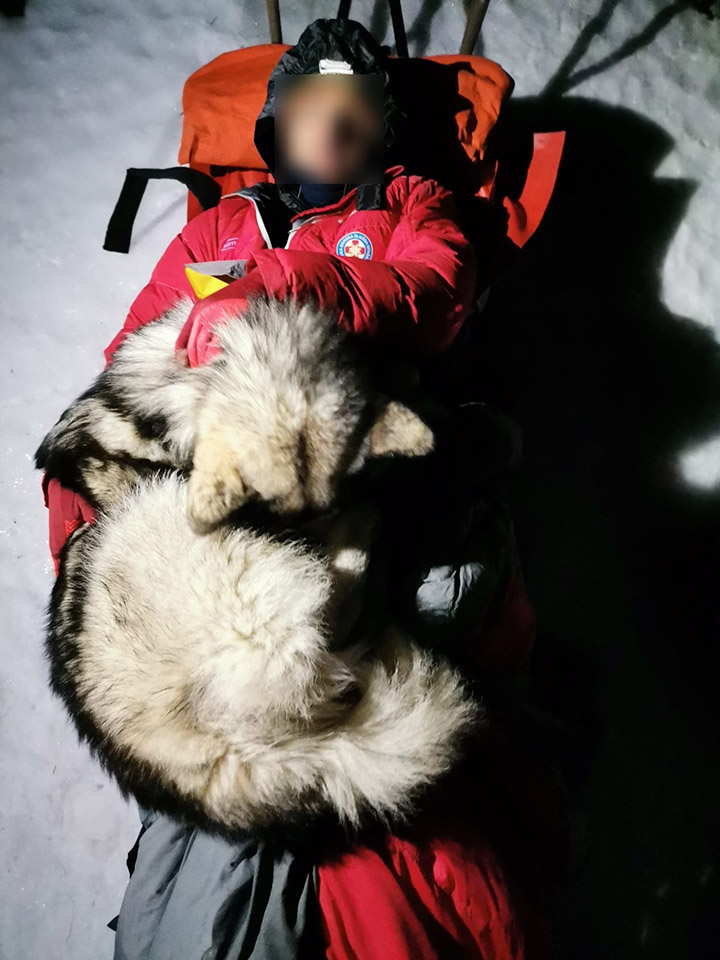 Grga Brkic was with two other hikers and his eight-month-old Alaskan Malamute, North, in the Velebit mountains in Croatia when he fell 150 meters down a slope and was unable to move.

The other two hikers could not reach him and called for help. North didn't leave his side.

"Friendship and love between man and dog have no boundaries," Croatia’s mountain rescue service said in a Facebook post.

The dog curled up on Brkic and warmed him during the high-altitude rescue mission which lasted 13 hours. 27 first responders eventually reached Brkic where he was stranded, nearly 1,800 meters above sea level.

"The minutes and seconds before they arrived were so slow," Brkic told Croatian media.

"This little dog is a real miracle."