She Calls Her Shop Janie's Life-Changing Goods. And She Means That Literally

A New York woman turned her life around with her joy for baking. 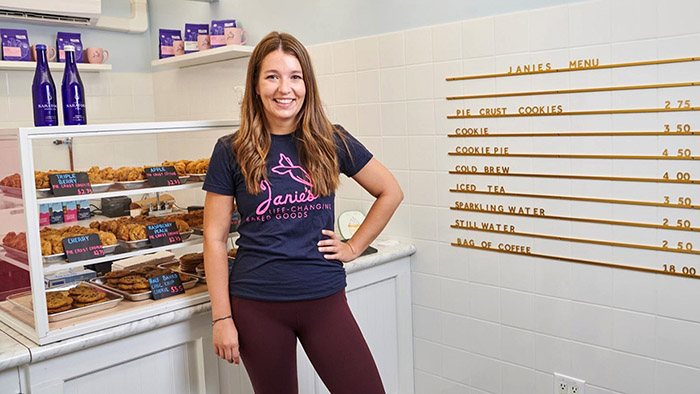 In her early 20s, Janie Deegan was homeless, an active drug addict and alcoholic, in and out rehab, with no hope and no thought of a future.

In 2013, at 25 years old, she took the first step and decided to get sober. But she was having difficulty reconnecting with people.

"I was a shell of a person when I got sober and couldn't even look people in the eye," Deegan told Gothamist. "I really had no life skills and no resume. I felt so insecure."

However, baking was something that always brought her joy as a child. One day she picked up a cheap handheld mixer "and just started baking."

"My life was out of control, but baking is so controlled... it was this nice meditative act of self care. Plus it's a super people-pleasing thing, bringing baked goods to different people and seeing their whole demeanor change. It just started to fill me with self-esteem, and enabled me to reconnect with people."

Before Thanksgiving 2015, fueled by the encouragement of friends, she challenged herself to see if she could sell just one pie. She sold dozens! With those pies, Janie's was officially born.

She began baking pies and custom cakes out of her tiny New York City apartment and eventually launched an official business in 2017. 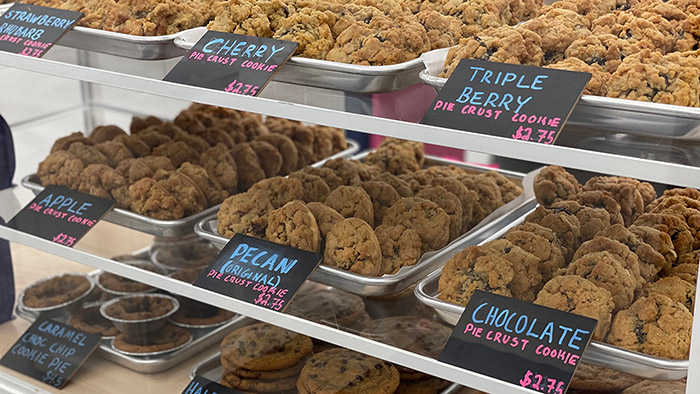 "I never intended to be a small business owner, had no idea what being an entrepreneur meant but this path chose me and it's the most amazing ride," Deegan said.

Deegan is astounded at what she has created so far with her "quirky" Manhattan shop.

"People have been walking, running, lining up outside that little door to get cookies, and it's just been so magical seeing that," she told Fox News.

"It's crazy right now, the holiday season. And I'm scooping cookies with them and we're all singing to '80s music … I look around and I'm like, 'Oh, my God, I created this'."