Glacier National Park is renowned for its grizzly and black bears — and now for its teddy bears.

A little girl who lost a special teddy bear she'd had since being adopted from an Ethiopian orphanage thought it was gone forever when she forgot it along a trail in the northwest Montana park last October. 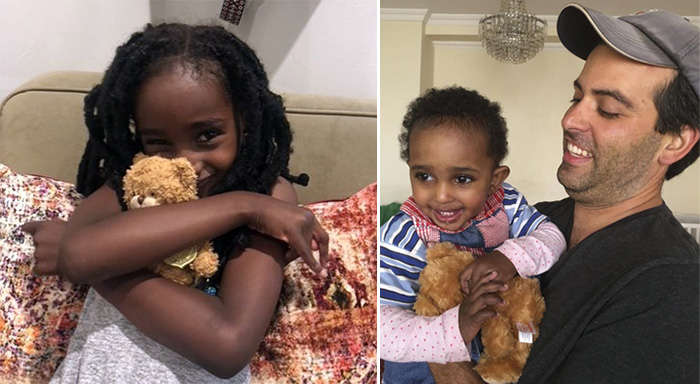 Teddy was the first gift Ben and Addie Pascal sent to Naomi before she was adopted from an orphanage in Ethiopia in 2016.

"He kept her company until she could come home for good," Pascal said.

Teddy traveled with her around the world, including family trips to Ethiopia, Rwanda, Croatia and Greece.

When Pascal took his kids to Montana in October 2020, Teddy was once again along for the adventure. But when they returned home, Teddy was missing. 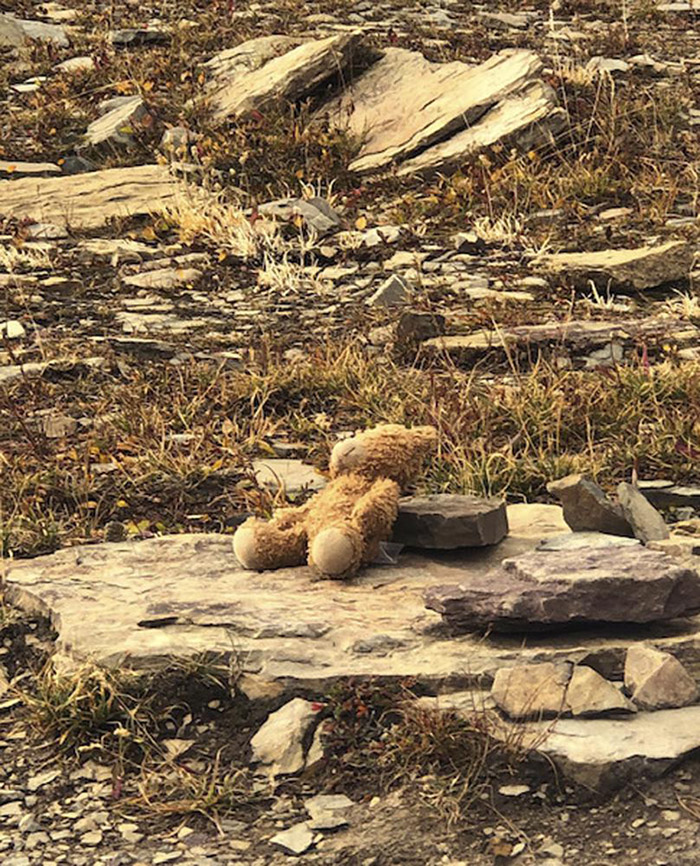 As park rangers were conducting post season clean-up, they discovered the small sopping wet teddy bear buried in the snow.

Normally, because the bear was in such bad shape, they would have thrown it away, but something just didn't sit right with Ranger Tom Mazzarisi.

"Bears are my passion. I just didn't have the heart to throw it away. There was something special about this teddy bear, so I adopted him and named him Ceasar," Mazzarisi said. He was unaware the stuffed animal had been reported lost.

Teddy "hibernated" in Mazzarisi's cabin in St. Mary and when Mazzarisi returned to work in April he "immediately put him on the dash of my patrol truck."

Together they traveled through rugged mountainous terrain and Ceasar helped Mazzarisi keep the public and wildlife safe all year long. 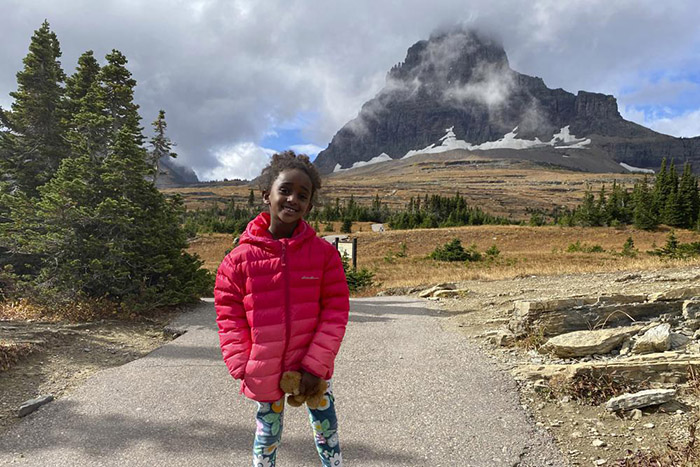 Fall came and Terri Hayden, a family friend of the Pascals, visited the park to enjoy Glacier's autumn beauty. She was also on a mission to find that bear.

"I'm a woman of faith," Hayden said. "And that morning I said, 'OK Lord, if this bear is around, please put that bear in my path and let me come home with that bear today'."

That's exactly what happened when Hayden and her niece spotted a stuffed bear in a ranger's truck after being turned back from a trail that was closed due to bear activity. It was Mazzarisi's truck, but he was off that day.

She took a picture and sent it to Addie Pascal, who quickly confirmed it was Teddy.

The park rangers returned Teddy to Hayden along with a junior park ranger badge and a ranger hat. One year after going missing, Teddy was finally back in Naomi's arms.

Glacier National Park shared the good news on their Facebook page which has garnered more than 12,000 likes.

"It was just a story of hope and kindness and people just working together," Pascal said. "It touched people's hearts. It gave 'em hope. It made 'em feel like there is good in the world, which I believe there is."