An 80-year-old man in Ontario, Canada, fought off a bear that had broken into his home.

Last week, Ontario Provincial Police commended him for his bravery. 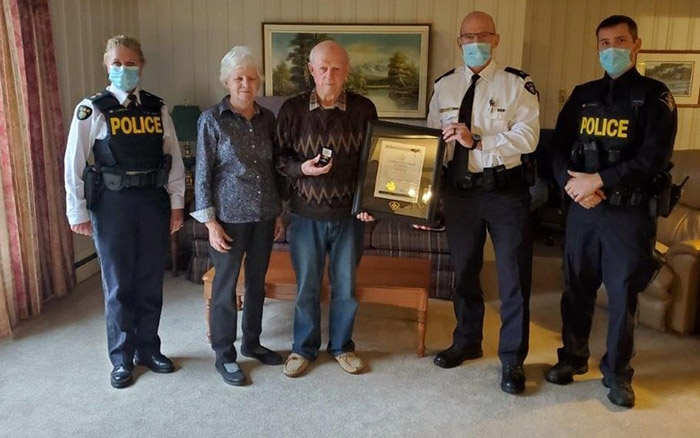 Norman Ruff lives in a cottage near Port Carling in Muskoka. The 80-year-old said he had seen signs of bears before but never actually spotted one.

That was until a male black bear came through his kitchen window in the middle of the night. The commotion woke up Norman and his wife, Lois.

"As soon as he seen me, well that was it," Norman told the National Post. "He meant business. He roared — oh boy!"

When the bear stood on his hind legs, his head nearly touched the living room ceiling.

During the 20-minute altercation, Norman punched the bear several times in the nose while receiving a few jabs in return.

"He gave me a couple of good slaps. He was flinging his arms around," he said. Norman also suffered nerve damage to his thumb, when the bear grabbed his hand in his mouth and yanked.

"Oh, there was lots of blood."

Luckily, he managed to open the front door during the altercation and the bear eventually found his way out.

He was taken to the hospital in Bracebridge where he became a celebrity among the staff for fighting a bear with his fists.