A 95-year-old WWII veteran has finally met the author of a letter he's carried with him for 12 years. 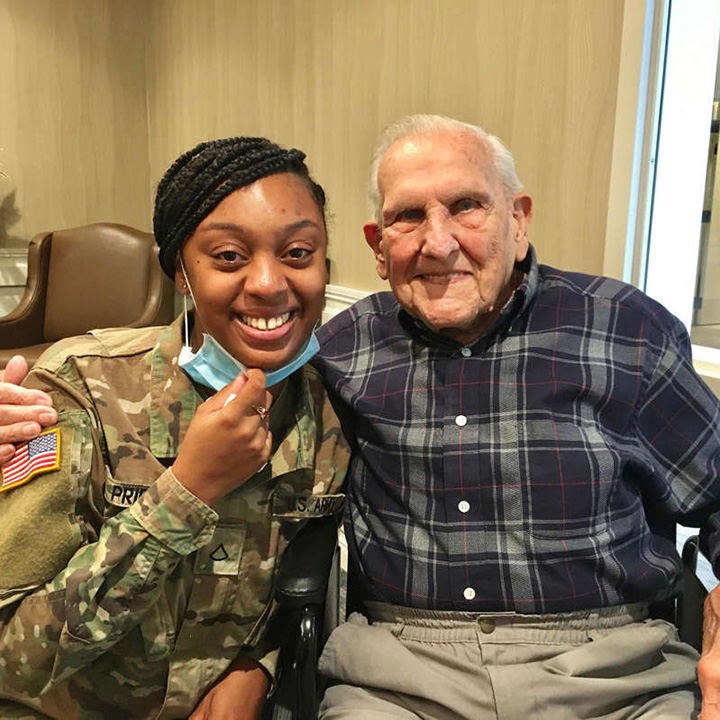 Frank Grasberger says he has carried a letter written by a third grader back in 2009 with him everywhere he goes.

"I'd never be without it," he told CBS News. "Because it's something that somebody thought of me that much."

"When he had that letter with him, he has a feeling of faith, and trust, and love," his wife Delores said.

The letter was written by Dashauna Priest, who is now 21 years old.

"If it wasn't for you, we would never have freedom. I'm so happy you made sacrifices. Your friend, Dashauna Priest," the letter read. 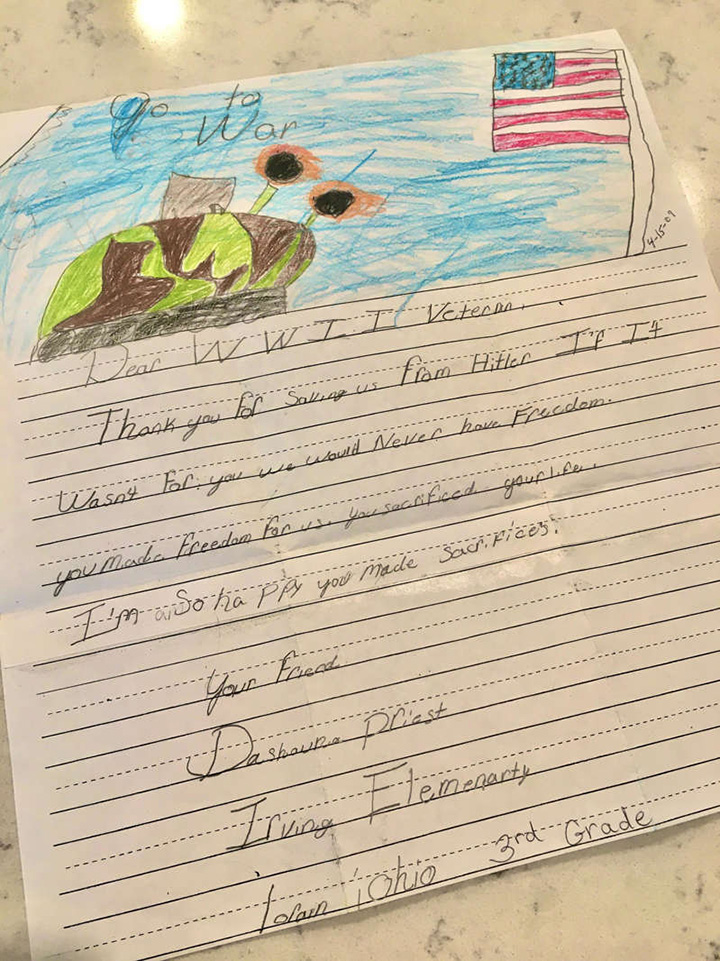 The staff at Frank's senior living facility decided to help him track down Dashauna.

"You can't imagine the feeling I had when she stood next to me. It just took my breath away, it really did," Frank said.

"There's love there, deep down in the heart. She's like my third daughter, she really is," Frank said.

"It started with a lot of love and affection," Delores said, "And it's ending the same way."