In August 2020, a talented young drummer named Nandi Bushell challenged Dave Grohl of the Foo Fighters to a drum-off. 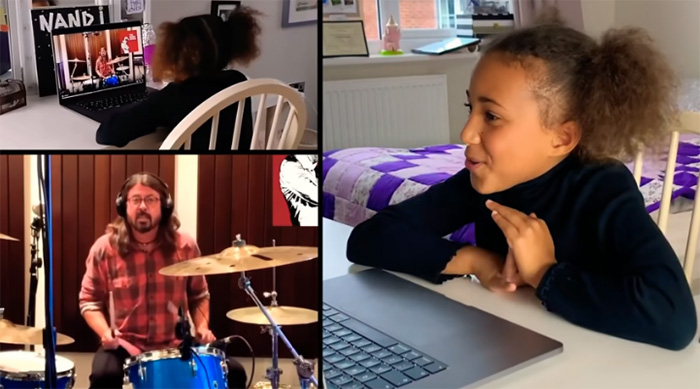 Since then, the two musicians formed an unlikely friendship.

In September 2020, Grohl even wrote a song about Nandi and her musical gifts. They've chatted virtually. And now, Nandi's dream of playing on stage with Grohl has been fulfilled.

On Thursday at a live show in California, the 11-year-old played drums while the Foo Fighters performed "Everlong" -- the same song she played drums to when she challenged Grohl.

Watch the performance below.