An all-volunteer group of American veterans of the Afghan war launched a final daring mission dubbed the "Pineapple Express" to rescue at-risk Afghan elite forces members and their families. 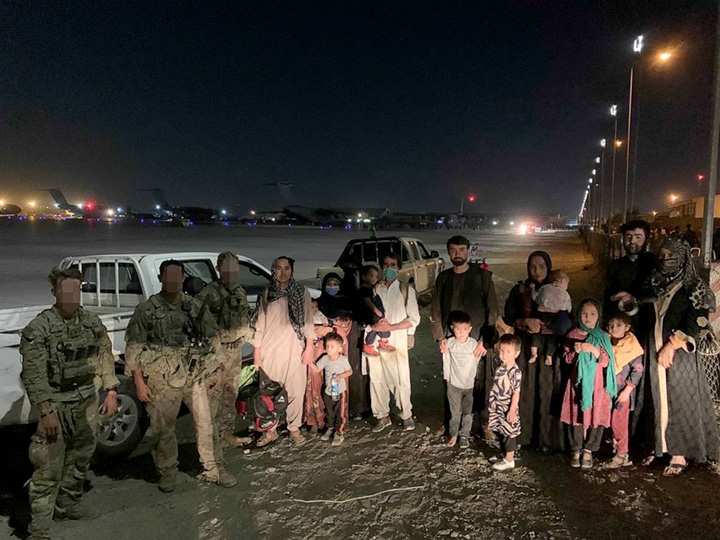 The group said it worked "unofficially" with the United States military and U.S. embassy to move people in the middle of the night.

"As of Thursday morning, the group said it had brought as many as 500 Afghan special operators, assets and enablers and their families into the airport in Kabul overnight, handing them each over to the protective custody of the U.S. military," ABC News reported.

"Dozens of high-risk individuals, families with small children, orphans, and pregnant women, were secretly moved through the streets of Kabul throughout the night and up to just seconds before ISIS detonated a bomb into the huddled mass of Afghans seeking safety and freedom," Army Lt. Col. Scott Mann, a retired Green Beret commander who led the private rescue effort, told ABC News.

Mann described the mission as a "Jason Bourne" thriller with dramatic scenes unfolding every 10 minutes.

"This Herculean effort couldn't have been done without the unofficial heroes inside the airfield who defied their orders to not help beyond the airport perimeter, by wading into sewage canals and pulling in these targeted people who were flashing pineapples on their phones," Mann said.

Green Beret Capt. Zac Lois told ABC News that he was proud of and astounded by the effort.

"That is an astounding number for an organization that was only assembled days before the start of operations and most of its members had never met each other in person," Lois said.