Woman Pays For Lost Athlete's Taxi To Get To His Race. He Won Gold, Then Found Her

After taking the wrong bus to get to his race, Jamaican hurdler Hansle Parchment ran into a kind Olympic volunteer who set him on the right path. 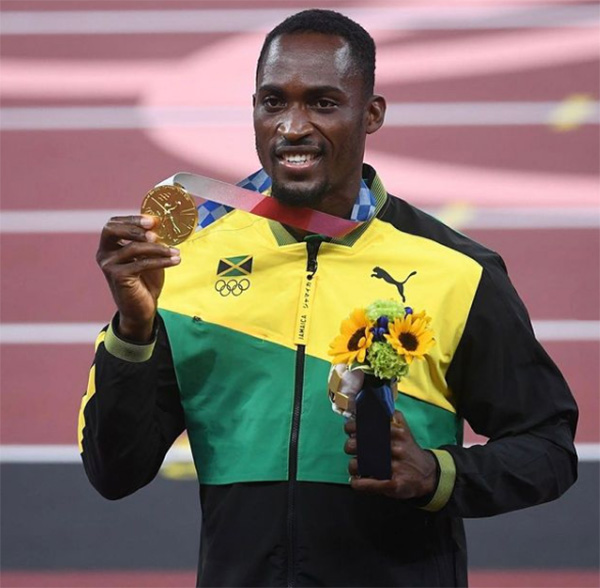 Parchment feared he would miss the 110m hurdles final when he got on the wrong bus and ended up at what he believes was one of the aquatics venues.

That's when he saw Tiana.

"I saw this volunteer and I had to beg, 'cause of course she is not allowed to do much, and she actually gave me some money to take one of the taxis. And that's how I was able to get to the warm-up in time, and had enough time to compete," Parchment said.

Parchment told the story in a video posted to social media, which ended with him meeting Tiana.

He thanked her, showed her the gold medal, gave her a Jamaican Olympic shirt and paid her back the money she had lent him.

According to the Sunday Gleaner, Jamaica's minister for tourism intends to host her on a trip to the Caribbean island.

"No matter where in the world she is, we want to reciprocate the kindness shown to one of our own," Jamaica's minister for tourism, Edmund Bartlett, told the Sunday Gleaner.