An orca that beached itself on Prince of Wales Island has freed itself, according to federal biologists. 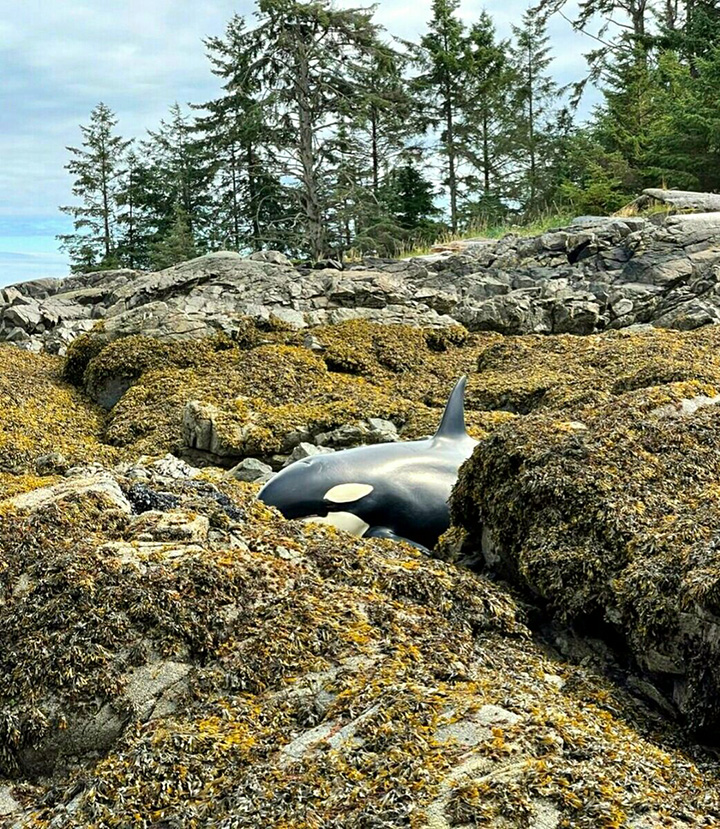 The orca was discovered by locals on Thursday morning. The National Oceanic and Atmospheric Administration (NOAA) arrived soon after to help the stressed marine mammal.

"The high tide is supposed to occur at 5:30 this late afternoon, so we are hoping that the whale will be able to free itself at that point," NOAA Fisheries spokesperson Julie Fair said.

Twitter user Tara Neilson shared photos of the orca while it was stranded. It appeared to be lodged in seaweed-slicked rocks.

People were pouring buckets of water on it to keep it hydrated. 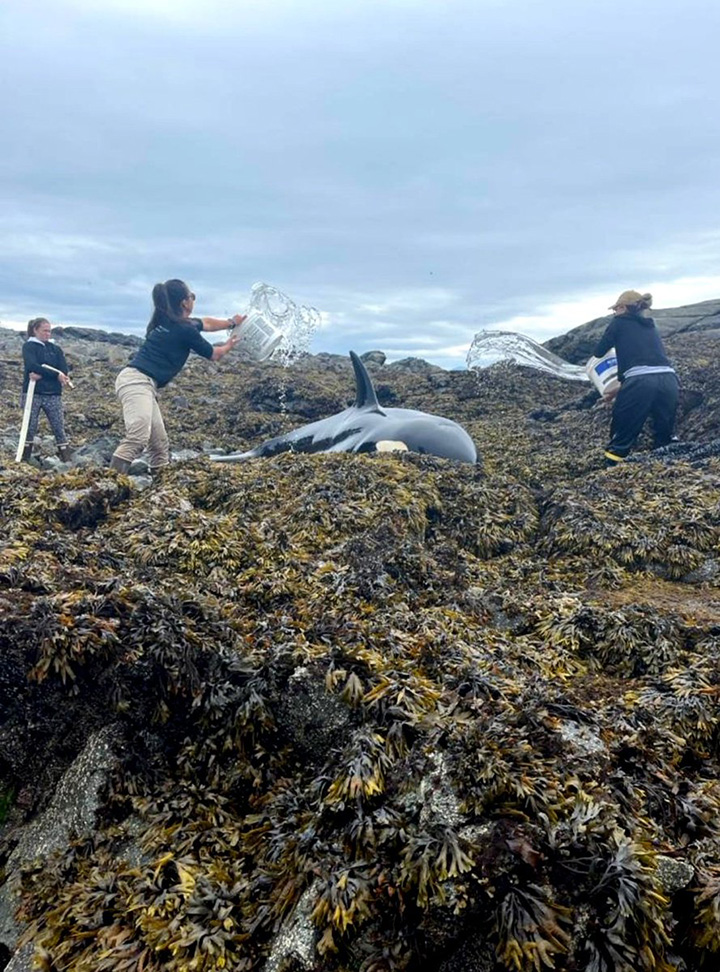 Speegle said the orca was trying to communicate, making the haunting clicks and whistles and pulsing calls the animals are known for. Other orcas were reported in the area, offshore.

Luckily the tide came in a little earlier than expected, helping the orca refloat and swim away around 3 p.m.

The orca was floated by the tide at 3pm and swam around in a confused, meandering fashion but then got its bearing and caught up with its pod. My commercial fisherman brother said he listened on the marine radio as NOAA followed it and made sure it was doing well. Happy ending! pic.twitter.com/zJCSg6AmdG

"Our officer and troopers report the whale was a bit slow at first, and meandered around a little before swimming away," Speegle said.