Dog Rescues Another Dog From Pool. The Pomeranian Was Treading Water For 34 Minutes

Luckily, the couple's Staffordshire bull terrier Jessie was there to save the day. 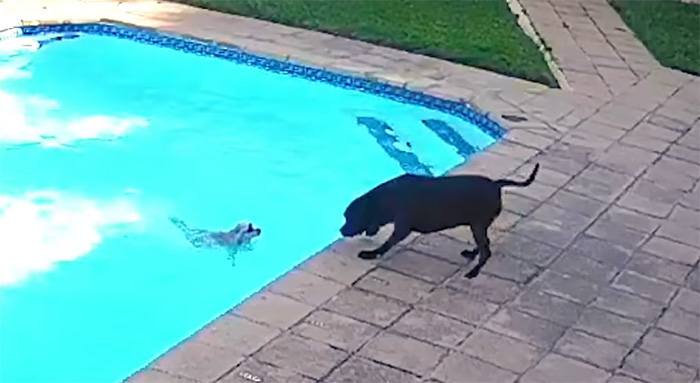 Byron told the local news outlet that he and his wife were initially confused when they returned home and found the dogs soaking wet.

The family decided to check their security cameras, which is when they discovered that Chuky had fallen into the pool and was treading water for 34 minutes until Jessie pulled him out.

"We still struggle to watch that video today, just thinking of what could have happened if Jessie was not there," Byron said. "I'm really proud of her."

Byron says that Jessie, a rescue adopted from the SPCA in Boksburg four years ago, is "the best dog we have ever had."

The couple is planning to install a pool cover to avoid another accident in the future.