Japanese swimmer Rikako Ikee has qualified for the 2021 Summer Olympics just two years after she was diagnosed with leukemia. 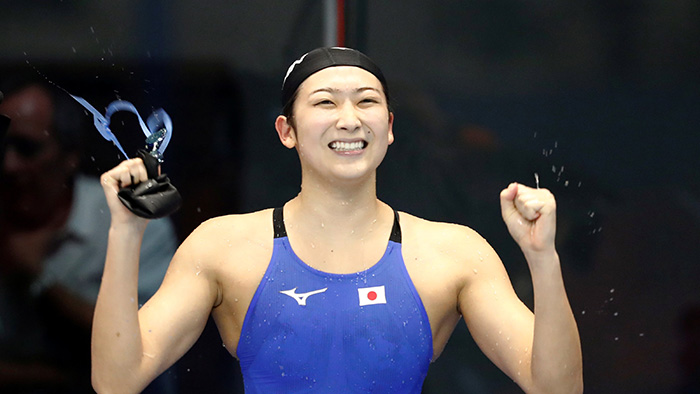 Ikee will be competing in the 4x100 medley relay after winning the women's 100-meter butterfly at Japan’s national championships.

She was overcome with tears in the water after the race, ESPN reported.

"I was not expecting to win the 100 meters at all, and I was feeling far less confident than during the Olympic qualifiers five years ago," she said.

"I thought I wouldn't be able to win for a long time. But I trained hard to win. And, in the end, I came into the race telling myself I'm back. And so I feel that, even if you go through suffering and pain, your hard work will always be rewarded."

In February 2019, Ikee, who competed in the 2016 Summer Olympics at age 16, sent shock waves through the international swimming community when she announced that she was about to begin treatment for leukemia.

After chemotherapy and a stem cell transplant, Ikee returned to the pool in March 2020. But she was discouraged by her reduction in physical fitness.

"I think my swimming ability has returned to about the level in my first or second year of junior high school," she told Kyodo News last summer.

Despite her initial concerns, Ikee rapidly regained muscle mass and returned to competition in August 2020.

Her goal was only to prepare for the 2024 Olympics in Paris. She had downplayed her chances for her home Olympics.

"In the end, I went into the race thinking, 'I'm home. I belong here'," Ikee told Olympic Channel.