A UPS driver in Pennsylvania was moved to tears after an entire town banded together to thank him in a special way. 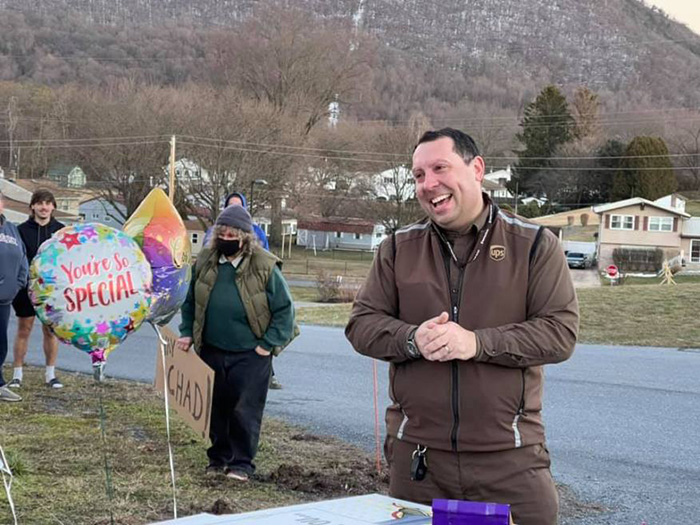 Chad Turns delivers for UPS in the small town of Dauphin, Pennsylvania. On Tuesday, Turns drove into a parking lot for what he thought was a pick-up, but was greeted by dozens of residents clapping.

Waiting for him on a table was a large card signed by the community and a $1,000 tip.

Turns was so overcome with emotion that he pulled out his handkerchief to wipe his eyes.

"Well thank you. Oh my God," he said as he read through a giant card. "I don't know what to say, now, you got me choked up." 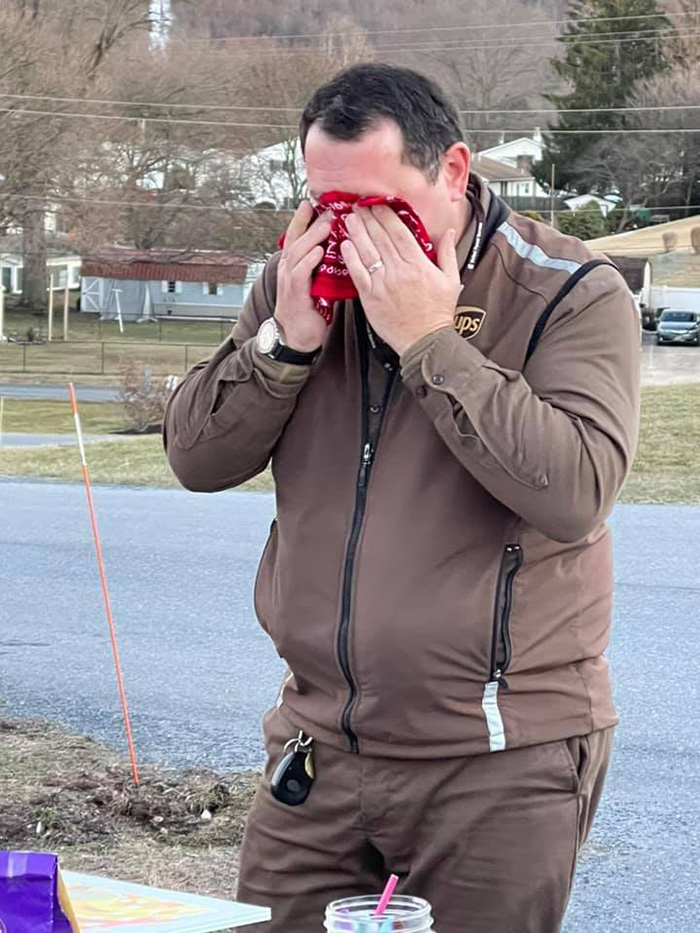 Dauphin resident Jenny Shickley organized the special event after people commented in a group Facebook post about what a good job Turns was doing during the pandemic. She raised $1,000 for Turns in two weeks.

"He goes out of his way to make us feel taken care of," said resident Adam Shickley. "He's been working like 140 hours every two weeks. Never a sour face, always living the dream."

Shickley said Turns, who has delivered in the town for several years, is a man who truly cares about others.

"The whole town has had personal experience with Chad," he added. "He once thought a package was a gift and there was a picture on the front. My kids were playing outside so he waited until his shift was done and came back to make sure they didn't see it."

Turns is also known for giving treats to all the dogs on his route.

"I'm still overwhelmed and it is touching that this community feels so strongly about me," Turns told CNN.