Thai navy sailors rescued four cats stranded on a sinking ship that had caught fire near the island of Koh Adang. 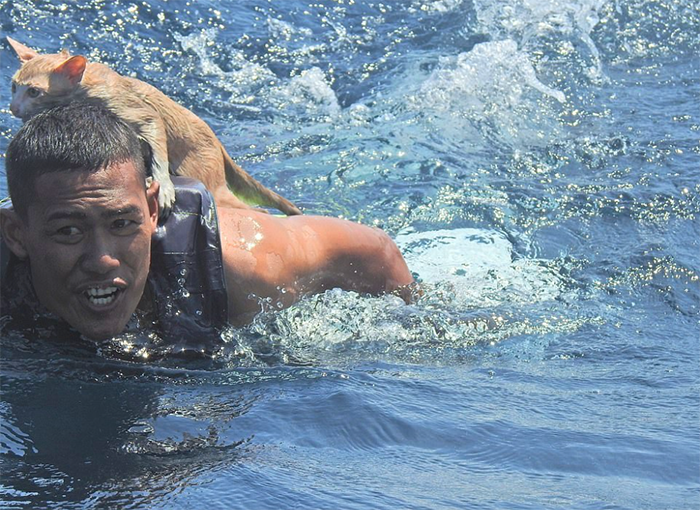 The navy was sent to check on the vessel for an oil spill after rescuing all eight members of the crew yesterday. That's when they discovered the cats had been forgotten.

"I used my camera to zoom in to the boat, and I saw one or two cats popping their heads out," Officer Wichit Pukdeelon said. 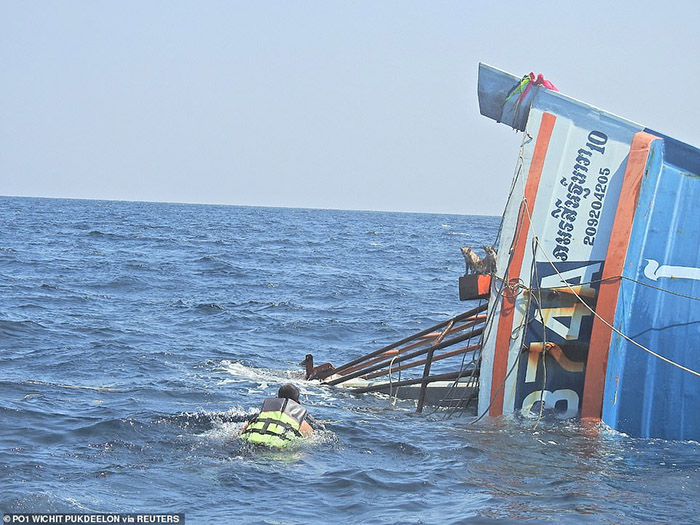 Thatsaphon Saii, 23, swam out to the capsized boat, on which four cats were huddled together clinging to a crane structure.

He brought the cats to his boat on his shoulder, with his team pulling him in by rope. 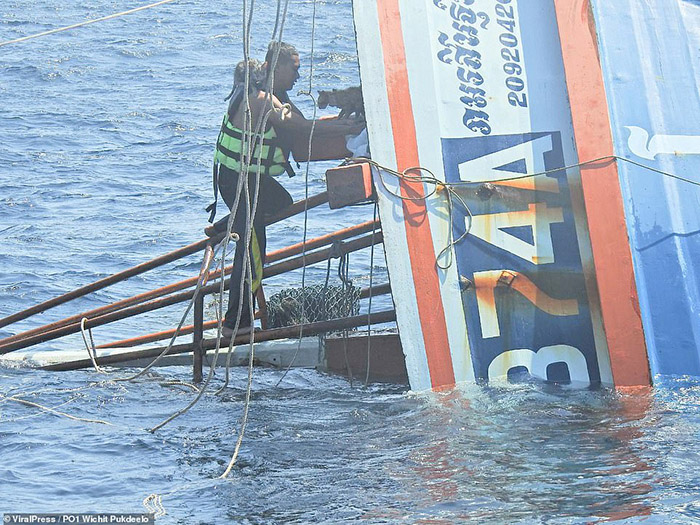 "I immediately took off my shirt and put on a life jacket so I could jump into the sea. The flames were at the back of the boat but it was starting to sink, so I knew I had to be quick," Saii said.

"I'm so relieved that we were able to save the kittens. They would have drowned or died of thirst if they went into the sea." 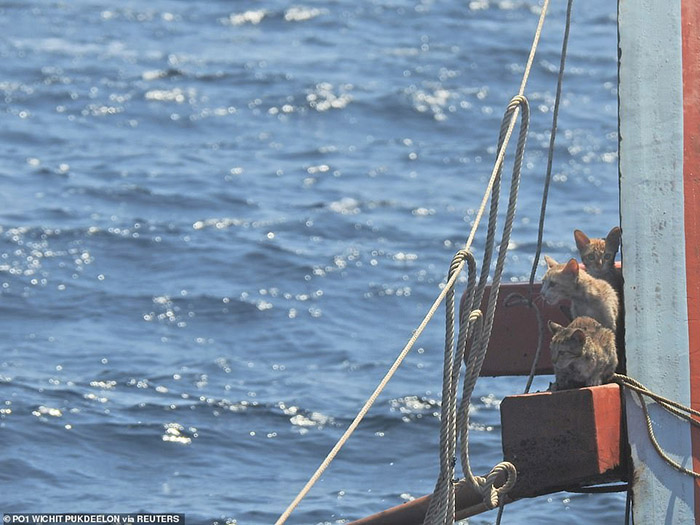 The cats are now being cared for by their rescuers at their command post on the island of Koh Lipe. 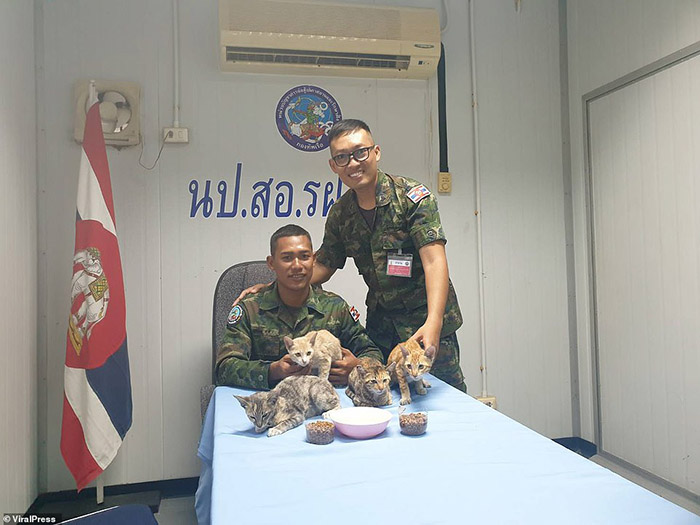